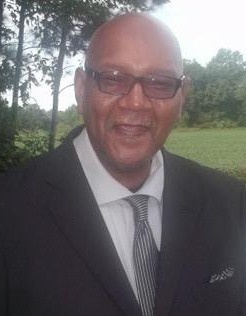 The NIV Bible translates Psalm 139:1 - 4; 13 - 16 as follows:  O Lord, you have searched me and you know me.  You know when I sit and when I rise; you perceive my thoughts from afar.  You discern my going out and my lying down; you are familiar with all my ways.  Before a word is on my tongue you know it completely, O Lord.  For you created my inmost being; you knit me together in my mother’s womb.  I praise you because I am fearfully and wonderfully made; your works are wonderful, I know that full well. My frame was not hidden from you when I was made in the secret place.  When I was woven together in the depths of the earth, your eyes saw my unformed body.  All the days ordained for me were written in your book before one of them came to be.”  Thus, the plan for my life was orchestrated and conducted by our Heavenly Father even before I knew Him.  In HIS divine wisdom, my birth and child rearing were entrusted to my parents, the late Herman and Louise Pinder.

The angel of death visited William Yvonne Pinder, at his home in Atlanta, George, on Friday, September 24, 2021.  William peacefully took the Lord’s hand and journeyed to the promised land. William, affectionately known as “Bill,” “Wild Bill,” and “Still Bill,” was born on June 30, 1953 in Cambridge, Maryland.  He was 68 years old!  Brother William was the 9th child and the “baby” of the family for 10 years until our younger brother Michael was born in 1963.

William was educated in the Dorchester County Public School System.  He  joined Waters United Methodist  Church in Fork Neck, Maryland at an early age.  He was an active member of the Sunday School class and attended Sunday school every Sunday morning.  Additionally, he sang with the Junior Choir!  William was an avid sports fan! He loved his favorite sport, BASKETBALL!  William Pinder was an outstanding basketball player!   He was the star and co-captain of the North Dorchester High School Basketball team. After every basketball home game, he had the longest line of girls, who would “storm” the court, to congratulate their favorite player!

He graduated from North Dorchester high school in 1971.  In the beginning, he matriculated with a basketball scholarship at the now Bowie State University, and then the Bowie State College. Upon leaving Bowie State University, following in his older brother’s footsteps, he expounded upon the hospitality industry where he worked diligently for over 44 years until his retirement in 2020.

Even though William was never married and did not have any children, he was loved by many!  He was a great brother, a loveable uncle to many nieces, nephews and cousins. The years were filled with blessings and challenges, but the blessings included family and friends, who taught faith, love, sacrifice, and support which helped him to discover his purpose and to evolve into the person he became. He knew that God was more concerned with his character than his accomplishments!

In addition to his parents, the late Herman and Louise Pinder, William was preceded in death by his one and only sister, Gertrude Pinder Stanley, and brothers Charles Pinder and James Bernard Pinder.

To order memorial trees or send flowers to the family in memory of William Pinder, please visit our flower store.