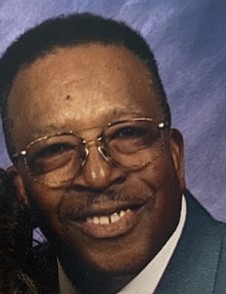 On Saturday, November 7, 2020 at Bayhealth in Milford, DE, the Lord whispered “Sweet Peace” to our
beloved, William Edward Outlaw, Sr., 81, of Hurlock, MD.


William was born in Windsor, NC on August 23, 1939 to George Outlaw and Cora Ward. When he was
young, his parents divorced. His mother re-married Ned Harrell, who was the father figure in his life. He
attended elementary school in Windsor, NC and high school in Washington, DC.


At age 16, he began employment with the only company he ever worked for, Marriott. First, as a
custodial worker and shortly thereafter as a truck driver. Throughout his career, he received numerous
plaques and awards. In 2003, after 48 years of service he retired. Besides being an excellent provider,
he was well respected and loved by his family.


A few of his pastimes included, landscaping, fishing, family gatherings, reading the Washington Post, and
watching the Redskins. He was a member of the Hurlock United Methodist Church.

To order memorial trees or send flowers to the family in memory of William Outlaw, please visit our flower store.