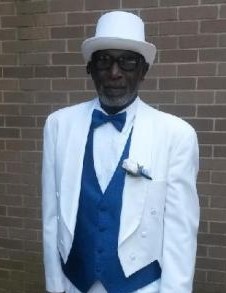 Billy, as he was affectionately known, attended the public schools in Dorchester County and graduated from Maces Lane High with the Class of 1964. That same class held a  re-graduation again with their caps and gowns in 2012.   After graduation in 1964, Billy started his employment with Chun King/RJR Foods/Del Monte before enlisting in the  U. S. Army in 1968 and returning home January 3, 1970 with an honorable discharge. He continued his employment with RJR Foods until the plant closed their doors in 1995. After a short break from work and enjoying life, Billy  started working for Perdue in Hurlock as a feed operator and was there until his health started to fail.

William was a member of the Slow Strokers Auto Club which he   truly loved. After the Club ended, he focused his time on going to the casino in Harrington, DE with his long time friend, Nat Fletcher. You could tell where he was going with his cap turned around backwards, sunshades on, and don't forget that toothpick in his mouth. He was really lucky at those slots winning all kinds of prizes and of course, "money. "

Billy is preceded in death by his parents, Floyd and Annie; three    sisters, Hattie Day, Mary Molock, and Jeannette Dennis; and a brother, Floyd A. Keene Jr.

To order memorial trees or send flowers to the family in memory of William Keene, please visit our flower store.