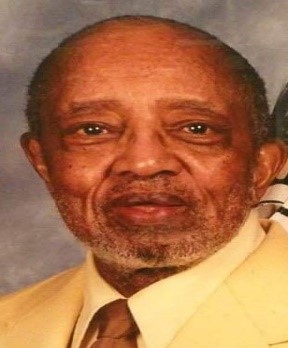 William James Jackson, better known as Pee Wee, 92 was the son of the late Robert Jackson, Sr. and Clara Payne Jackson. He was born in Cambridge, Maryland July 17, 1926.  He transitioned from this earthly life on Wednesday, June 26, 2019 at his home in Seaford, Delaware with his daughter, Carmen, at his side.

William received his education in the public schools of Dorchester County and graduated in 1946 from F.D. St. Clair High School. Upon leaving high school, he was drafted in the U.S. Navy and served from 1946-1948.

William was joined in holy matrimony to Valarie Caldwell on January 28, 1956 for 52 years.  From this union 3 children were born.  They made their home in Cambridge for more than 20 years and later moved to Seaford where he was to live out the remainder of his life.

Waugh Chapel U.M. Church, on High Street in Cambridge was considered the church of William’s family and of his upbringing. While in Seaford, he was affiliated with The Lighthouse Church of God in East New Market where the Bishop Calvin D. Abbott is the pastor.

William was employed at the Dupont Nylon Plant in Seaford and retired after 30 years. William was a loving grandfather and enjoyed spending time with his family and friends. He enjoyed reading, doing crossword puzzles and watching CNN.

In addition to his parents, William was preceded in death by his wife, Valerie; his only brother, Robert; and a stepdaughter, Diane Mattocks.

To order memorial trees or send flowers to the family in memory of William Jackson, please visit our flower store.