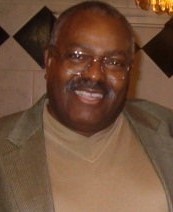 PSALMS 34: 4-5 says, “I sought the Lord, and He answered me and delivered me from all my fears.  Those who look to him are radiant, and their faces shall never be ashamed.”

William H. Jackson, fondly known by many as “Tot”, won the ultimate peace on Monday, March 23, 2020, when he surrendered to God’s will and quietly closed his eyes.  Born in Cambridge, Maryland, on June 23, 1940, he was the beloved son of the late Wilson and Mildred Jackson.

Tot was formally educated in the Dorchester County School System, graduating in the proud and prestigious class of 1958 of Mace’s lane High School.  During his high school tenure, he worked part time which taught him that life requires a strong work ethic, as well as self-motivation.

Upon completing his secondary education, he enlisted in the United States Army.  After two years of active exemplary duty, he was honorably discharged with distinguished medals of honor.

Following a brief stay in Washington, DC, he returned to Cambridge to work several years for Todd’s Transport and eighteen years for Estes Express Line.

In 1999, he married the former Nancy Clash of Cambridge. The two lived peacefully and happily until his untimely demise.

Tot had an extremely animated and infectious personality.  He cherished the days of love and laughter with his Bolden Buddies, Lawrence and Donald.  He was an avid sports enthusiast and loved to watch old westerns on TV.  He was a member of American Legion Post 87 of Cambridge, Maryland.

In addition to his parents, he is preceded in death by a son, Terrell Wilson; a daughter, Angela Carr; a brother, Melvin Jackson; and just recently, his mother in law, Blanche Carter Clash.

To order memorial trees or send flowers to the family in memory of William Jackson, please visit our flower store.