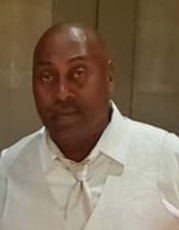 Warren A. White (Sleepy) a resident of Cambridge, Md gained his wings of glory on October
29,2020 at the age of 63. He was born to the late James Orville White Sr. And the late Betty
Mae Seymour.


He attended and graduated from Cambridge High School. He worked several jobs, lastly being
Treehouse Inc (Protenergy). With love in his heart for everybody he enjoyed his family and
many friends, he was known for his skills and ability in the game of softball at a young age. He
also enjoyed cooking, outdoor activity and watching sports with his brother (Richie). He was a
big fan of the Baltimore Orioles and The Baltimore Ravens.


He will be sadly missed !!

To order memorial trees or send flowers to the family in memory of Warren White, please visit our flower store.