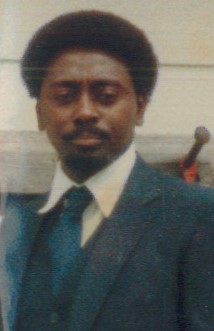 Walter Frederick Potter was born on December 11, 1952 in Easton, MD,  to the late Margaret Elizabeth Cooper Potter and Holton Howard Potter.  He was called home to eternal rest on November 29, 2017 at University of Maryland Medical Center in   Baltimore at the age of 64.

Walter, affectionately known as Freddie to his family and friends, was raised in Easton, MD with his 8 siblings.  He graduated from Easton High School in June of 1971 and enlisted in the US Navy until his honorable discharge in 1981. While  growing up, Freddie loved to go hunting with his Dad’s 16 or 22 gauge shotguns.  He also loved reading black novels and writing poems, but his favorite was hanging out with friends and family.  Freddie was a proud member of the Samuel Hemsley Elks Lodge in Easton.

Freddie worked at D&B Industry for 41 years until his health began to fail in   September of 2017.

He was blessed with a son, Antoine whom he adored.  He was also blessed with loving parents, brothers, and sisters.

In addition to his parents, he was preceded in death by his brothers, Holton, Ernest, Ronnie, and Lonnie, a godson, Dequan Wilson and several aunts and uncles.

To order memorial trees or send flowers to the family in memory of Walter Potter, please visit our flower store.