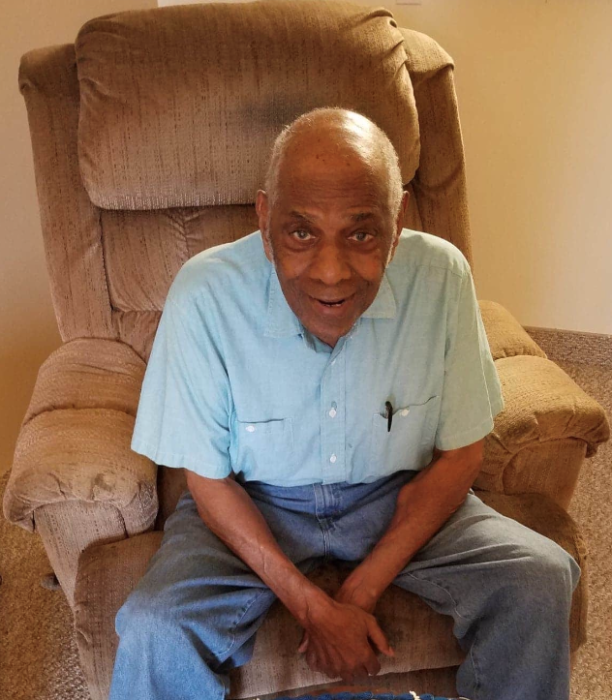 Life is a narrow road between two eternities, birth and death, and every life no matter how long or short will close in the mystery of death. Walter gave his life to Christ many years ago and was a member of Waugh United Methodist Church of Cambridge, Md. For over 30 years.

On Sunday July 19, 2020 Mr. Walter Brock wrote the final chapter of his life. Walt humbly and softly closed the book of this earthly life and went to his eternal home on heaven to rejoice with his heavenly Father.

Walter is preceded in death by his parents, two sisters and three brothers as well as the love of his life Mrs. Inez Brock.

He was born in Aberdeen Mississippi to the late Joe Nathan Brock SR.  and Ellen McAllister, July,5,1925.

He completed his education in Monroe County public school system until he graduated form high school. Upon graduation Walt journeyed to the United States Marine Corp and served in World War II from 1943 to 1946. Walt earned several metals of honor that includes, American Defense Service Medal, Asianic Pacific Campaign Medal, World War II Victory Medal, Navy Rifle (Marksman). After his years of service he traveled and explored many states until he settled in Washington Dc. Walt worked as a crane operator I and later met and where joined with the love of his life Mrs. Inez Brannock, they lived in DC for many years until they moved to the Eastern Shore and were joined in marriage 1981. Walt drove School bus for the Dorchester County Public School system until he retired in 2003. Walt was a faithful member of the American Legion Post 87 for 30 years he carried the title of House Chairman.

Walter loved to take his walks and go out to eat after church; He was always ready to go to church to worship and praise God. Walter was a quiet humble sweet man that loved life and did not mind taking on the challenges that life would throw his way. He will be missed so we will not mourn in sorrow; we will hold his humble spirit in our hearts and live to see him again.

Walter’s humble and sweet spirit will be left to be carried on by his family and friends.

Walter leaves to celebrate his life a host of family and friends.

To order memorial trees or send flowers to the family in memory of Walter Brock, please visit our flower store.