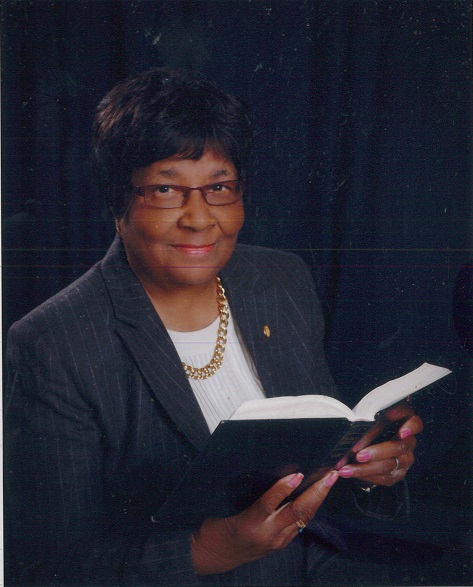 Virginia Mae Farrare Stanley, the youngest of four children born to the late Charles and Elsie Askins Farrare, departed this life on Sunday, May 19, 2019 at the Chesapeake Woods Center in Cambridge, MD at the age of 91.

Virginia was born in Reid’s Grove, MD on July 7, 1927. She was reared in the communities of Vienna and Reids Grove. She received her formal education in the public schools of Dorchester County and attended St. Clair High School in Cambridge, MD.

Virginia spent most of her adult life living in Hurlock, MD. Her first factory job was at the Hurlock Manufacturing Company. There she helped with the processing and packaging of potatoes to be sent to the soldiers for food during the time of war. Her last employment was at Hurlock Sportswear.  She enjoyed the working experience there immensely. She developed many friendships there that lasted throughout the years. Virginia worked as a seamstress. She was a diligent worker, became very skilled in her labor, and was well respected. Thus, she was promoted to be an assistant to the floor lady. In this position, her responsibility was to inspect the work of the other employees to make sure it was done correctly. Additionally, she had the task of sewing samples of clothing to be sent to New York to be approved by the top executives there.

On February 14,1956, Virginia married Hilton Stanley.  They were able to celebrate fifty-four years of a loving relationship before he passed away. They welcomed into their home and helped to rear Virginia’s nieces, Linda and Laverne Pinkett, who were very special to her.

Virginia was a very devoted Christian. She was a faithful and active member of Hurlock United Methodist Church. During her years there, she sang with the choir, was an official board member, and was a member of the United Methodist Women. At an earlier time when the church was named Union Grove, she held the position of Sunday School Superintendant. Virginia loved attending church services and loved the Word of God. Sometimes she would drive for miles just to attend a good afternoon service and for the uplifting fellowship.

Virginia had a really big heart and really cared about the welfare of others.  An example of her caring nature and compassion was her willingness to serve others.  She volunteered for thirteen years at the William Hill Nursing Home, which is now the Chesapeake Woods Center. There she readily gave of her time to engage in conversations, provide a listening ear, and serve coffee to those who were confined to living in a nursing home.

A couple of Virginia’s special interests were cooking and sewing, which she really enjoyed. For the past thirty years, she attended the Hurlock Senior Center, where she was loved by all.  She found much pleasure being there with her friends and sharing in the activities, especially the crafts.

Being around family was one of Virginia’s greatest joys in life! She always felt so blessed to be a part of five generations of loved ones!  She dearly loved and appreciated her devoted son, LaCurtis. She was also an awesome and caring grandma. Virginia was one of the sweetest, warmest, and nicest of God’s children.  She was so loving and had such a beautiful, calm spirit. Her gracious manner of living was an example to all. Undoubtedly, to have known her, was to unconditionally love her. Thank God for giving us His special gift in Virginia Stanley.

In addition to her parents and husband, she was preceded in death by her grandson, Lacurtis T. Farrare, her sister, Jannard Pinkett, her brother, Vernon Farrare, her niece, Linda Pinkett, and her nephews: Gordon Farrare and Gregory Pinkett.

To order memorial trees or send flowers to the family in memory of Virginia Stanley, please visit our flower store.