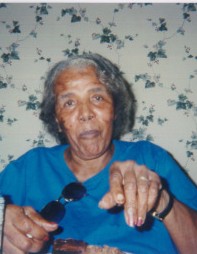 Virginia Daisy Brisco passed away at her home on Tuesday May 23, 2017. She was born August 19, 1932 in Dorchester County to the late Alberta Meekins Smith and the late Clarance Cornish. She was married to the late Paul Brisco in 1952. He preceded her in death in November of 2001.

Mrs. Brisco attended public school in Cambridge, at an early age. She started working at the Phillips Caning Company and later years worked at the Quality Inn Motel until her retirement. Her hobbies included attending church and Pleasant Day Adult Day Care Center and watching TV; her favorite channel was TBN. She loved Ice Cream. Virginia was a founding member of  Pentecostal Temple Church of Aireys. She was the Mother of the Church, where she faithfully attended until her death.

In addition, she is survived by her siblings, Myrtle Nelson, Ollie Bantum (Percy), Margaret Jones all of Cambridge and Marylee Thompson (Tommy) Houston, DE; one brother,     Thurman Smith of Preston, MD and host of nieces, nephews and cousins; one aunt, Ressie Camper; three special care-givers,   Rosetta Shephard, Sha’Mayia Latting and Dominque all of  Cambridge.

To order memorial trees or send flowers to the family in memory of Virginia Brisco, please visit our flower store.