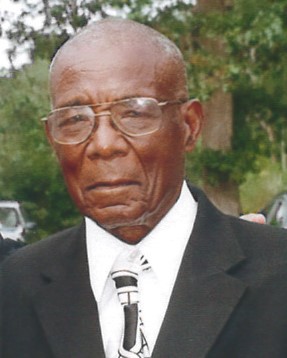 Vernon Reginald Farrare, the eldest of four children born to the late Charles and Elsie Askins Farrare, peacefully departed this life on   Sunday, March 10, 2019 at his home in Reids Grove, MD. Born in  Indiantown (Vienna), MD on August 27, 1921, Vernon was 97 years old.

Vernon received his education in the public schools of Dorchester County.  He attended St. Clair High School in Cambridge, MD.

As a young person, Vernon joined the Civilian Conservation Corps (also known as the CCC Camp), a program in which he worked to  promote soil conservation and reforestation. After the passing of his father, Vernon left the camp prior to the expiration of his assignment to return home to work on the farm where his family resided.

Vernon married the late Norma Lee Spry. They were able to celebrate sixty-six years of marriage. Together they reared four children in a loving Christian home, where a strong work ethic was stressed, along with the value of attaining a good education and developing good  character.

Most of Vernon’s adult life was spent farming. He was an excellent provider for his family. Spring and summer were his favorite seasons. He loved working outside in the hot sunshine, whether it was working for another farmer or in his own fields. He spent decades growing and selling watermelons, providing many young people with their first  employment opportunities.  Additionally, he grew other crops, but his passion was for growing some of the SWEETEST watermelons on the Eastern Shore. It was his greatest  pleasure to deliver and share his  watermelons (along with other crops) with relatives, community  members, and friends. He worked on the Percy farm in Vienna for   forty years. The last twenty-two years he worked there as the foreman and was recognized as a dedicated and well trusted foreman. Later, he worked for Mark Eberspacher with whom he developed a very special and lasting friendship. Vernon retired at age 90 due to  a leg injury.

Vernon was a very active and well respected member of his community. He was a beloved member of Zoar United Methodist Church. He loved serving God and he loved the church. He could be depended on to make wise decisions, and he took a leadership role in making sure the physical structure was well maintained. His steadfast, devoted service throughout the years was a reflection of the major role that God and the church played in his life.  Some of the positions he held in different ministries included chairman of the Trustee Board, Lay Leader, chairman of the  Finance Committee, and chairman of the Methodist Men. He also was a member of the Men’s Choir and the Administrative Council. He enjoyed attending meetings and working with the men on the charge. Beyond the doors of the church, Vernon would often take time to advise young men about choosing the right path in life.

Vernon was among God’s nicest creations. He was such a gentle soul with a very kind spirit. Whether he was driving his tractor in a foot of snow to help clear his neighbors’ driveways, or riding his lawnmower to church to help mow the lawn (well into his nineties), Vernon was  always willing to serve. He worked very hard throughout the years with other family members to help keep Farrare Day thriving. Even though he was quiet mannered, he often surprised others with his wit and sense of humor. He loved being around his family and friends. He simply adored his grandchildren. He also found so much pleasure    driving his pick-up truck to Millie’s early in the morning to have   breakfast and engage in conversations with the other farmers in the   area. He was a man of faith, courage, and great integrity, who did not allow the challenges in life to prevent him from being the fine man whom God had destined him to be. He will be greatly missed by so many, but we thank God for the privilege of being blessed to know and love him for so many years.

In addition to his parents, he was preceded in death by his sister, Jannard Pinkett, his son, Gordon (Wimpy) Farrare, his wife, Norma Lee Spry Farrare, his grandson, Travon Nichols, his granddaughter, Sherita Conaway, and his nephew, Gregory Pinkett.

To order memorial trees or send flowers to the family in memory of Vernon Farrare, please visit our flower store.