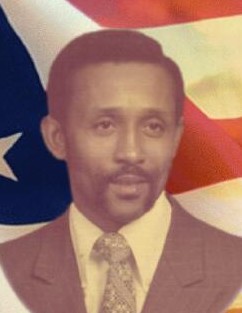 Vernon Alexander Brice was born on October 24, 1933, to the late Milton and Mazie Brice  in Easton, Maryland.  He peacefully departed this earthly life on Wednesday, September 1, 2021 at the Mallard Bay Cambridge Nursing Home.

Vernon received his elementary and high school education from the public school system in Talbot County, Maryland.  After graduating from Robert Russell Moton High School, he joined the United States Air Force on July 12, 1952 .  He served a tour of duty for four years  which included him being stationed in Korea.  Upon his exit from the Air Force with an honorary discharge, he was employed by the Federal government some of which was in the Pentagon.

Vernon left the government to work independently as a  carpenter and various other handyman jobs which he had a great passion.  His other passion was singing.  His tenor voice inspired him to join several gospel groups such as:  Alfonzo and the Gospel Souls, New York Thrashing Wonders, The Spiritual Doves and Bob and the Prodigal Sons.

Vernon loved his family.  He was loving, friendly, kind, gentle and love to have fun. He took great pride in his dress.

He was preceded in death by his parents, Milton and Mazie Brice, brothers Alexander, Frank,  Milton Jr., and sister Betty G. Brice Pfeffer.

TO YOU, MY FAMILY

Don’t spend too much time in mourning.  Tears are for the sad.  I left to be with Jesus, And this should make you glad.  Don’t waste your hours in grieving, No need to feel distressed.  I was beckoned by the MASTER, who always knows what’s best.  Don’t vet yourselves with questions, or try to reason why.  Life for me has ended, it came my time to fly.  Don’t lose the love I gave you, Feed it with your care.  Grow it with devotion, And spend it everywhere.  Don’t fret because my leaving came in such a way.  We’ll have another meeting, On God’s eternal day.

To order memorial trees or send flowers to the family in memory of Vernon Brice, please visit our flower store.