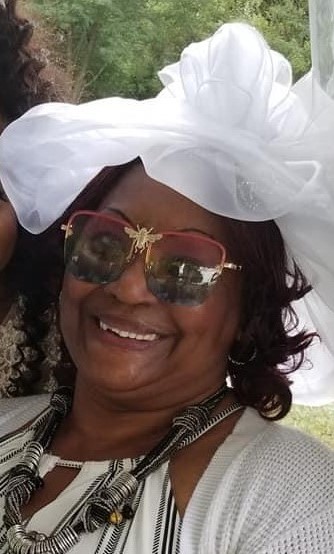 Missionary Valery Catherine Barnett, “Sis Val” departed this life November 30, 2020, peacefully in her home. She was born November 16, 1949 in Easton, MD to the late Marian and Mary Turner. She was the eleventh of thirteen siblings.

Valery was educated in St. Michaels, MD at Frederick Douglas Elementary School and graduated from St. Michaels High School in 1969. Valery enjoyed playing basketball and volleyball while attending school. Furthering her education, she matriculated McQueen Gibbs and Willis School of Nursing. Always known for her outgoing personality, Valery’s infectious smile could light up a room. Simply put, to know her was to love her. Valery had a passion for cooking, which led to her employment as a chef at Easton Memorial Hospital. She also cooked for Hudson Pharmacy for many years. Later in life, Valery became self-employed in the nursing field until she could no longer work.

Valery was a dedicated member of Gospel Tabernacle Church No. 5 under the leadership of the late Pastor Georgene O. Thompson. At a very tender age, as believer of the gospel of Jesus Christ, Valery was saved, sanctified, and filled with the precious gift of the Holy Ghost. With a passion for music, she learned how to play the guitar from her godfather, the late Professor Johnson. Valery also enjoyed singing gospel songs and became a lead psalmist, passing her love for music down to her sons.

In 1974, Valery was joined in holy matrimony to the late Allen Barnett Sr., where she served alongside of him as an usher and missionary. As the eldest pillar of Gospel Tabernacle no. 5, she became known as “Mother Barnett.”

Valery Barnett was a devoted mother and grandmother. Not only did she care for her own children, but she took in others who needed a place to call home. Her kitchen was a place to receive a pot of love, leaving those she nurtured with a stir of encouragement along the way.

She was preceded in death by her husband Allen Barnett Sr, her parents, seven brothers and two sisters.

To order memorial trees or send flowers to the family in memory of Valery Barnett, please visit our flower store.