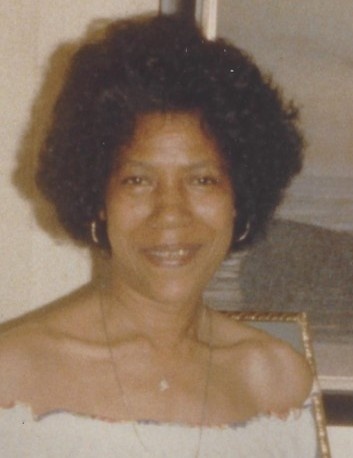 A native of Vienna, Maryland, and long-time resident of Baltimore City, Valerie Elsie Elizabeth Hollis Demby made her transition on June 10, 2020, at Seasons Hospice at Northwest Hospital in Randallstown, Maryland.  She was 91 years of age.

She was born on Friday, March 1, 1929, in Vienna, Maryland, the fourth child of the late Eli “Boss” Hollis and the late Millie Frances Pinkett Hollis.  Valerie was educated in the public school system of Dorchester County and graduated from Vienna Elementary School in1942 and from F. D. St. Clair high School in 1946.  During her childhood, Valerie was a member of John Wesley A. M. E. Church in Vienna, and she and close, inseparable friends Alfreda Harris and Venola Hopkins formed a gospel group that sang in church and were known as the “3Hs.”

After graduation, Valerie Hollis moved to Baltimore to live with her older sister Elizabeth and brother Harvey.  On April 15, 1952, she was united in holy matrimony to James Wesley Demby of Vienna and lived with him briefly on a U. S. Army base.  After their separation and divorce and her return to Baltimore, she met her life-long companion of nearly 40 years, Wilbert H. Williams.  The two of them remained together until his death in 1996.  She then relocated to Cambridge, Maryland, where she shared an apartment with her youngest sister, Marie Fisher.  After Marie’s death in 2007, she lived in Cambridge for nearly nine years with her niece Twanna Fisher Grace and Twanna’s husband Roger Grace.  She remained with them until her health began to decline.  In 2016, she relocated to Hoppe House, an assisted-living facility in Baltimore, where she spent the remainder of her life, except for the last few days, under their loving and devoted care.

Although Valerie Demby was childless, she adopted a number of her nieces, nephews and neighbors as her godchildren and nurtured and cared for so many others in the family and in the community.  The doors of her home were always open to her family and friends.  In fact, her home at 12ll N. Ellwood Avenue was the center of family activity for most of her life.  There are few among us, except the very young, who did not go to her home and find themselves welcomed with open arms.  She fed us, quenched our thirst, provided shelter, entertained us, and gave us comfort in ways that only she and 1211 N. Ellwood Ave. could do.  It is amazing what 1211 and her wonderful, generous and devoted companion, Wilbert H. Williams were for our family and for our friends.  In her new home in Cambridge, she continued to be the center of our family and to provide us with warmth and comfort—from the checker-board, cinnamon and lemon-Jell-O cakes and the sweet potato pies, to the potato salad at family gatherings, to the laughs about times gone by, to occasional financial assistance for those in need, and to her undying devotion to family and friends.

Whether you knew her as Val or Aunt Val or by one of her many nicknames—Jelly, Madam Queen, Miss Sister—you always knew that she was on your side and that she had your back.  She became the matriarch of the Hollis-Pinkett family upon the death of her older sister Inez in 2007, and even her small apartment in Cambridge became the gathering space for the family, where she continued to give us love and support. Even in her waning days, though she could not always remember our names, she remained grateful for our love and gave unstintingly of hers.  During her last years, she surprised us all with her remarkable strength and determination.  Even after the amputation of her leg and her descent into dementia, she continued to bounce back and to be grateful that the Lord had spared her yet another day.  During her very last days, she did not forget to say, “Thank you, Honey,” for acts of kindness that she received. She was grateful for her 91 years with us.

Valerie E. Demby was preceded in death by her life-long companion William H. Williams (1996); her brothers Harvey Molock (1985) and Burney J. Hollis, Sr. (2003); and her sisters Elizabeth Jones (1996), Selena Pinder (2003), Inez Hollis (2007) and Marie Fisher (2007).  She leaves to cherish her legacy and celebrate her life:  seven godchildren—Dr. Burney J. Hollis, Jr., Eric D. Jackson, Romaul Johnson and Eric Jackson, Jr., all of Baltimore; Monica Fisher and Keyna Fisher of Cambridge; and Debra Harris of Converse, Texas; Roger and (niece) Twanna Grace, who cared for her during her last years in Cambridge; and a special niece Carlotta McNeill, who helped watch over her during her last days in Baltimore; as well as a host of nieces and nephews, grand nieces and nephews, and great-grand nieces and nephews around the country.

To order memorial trees or send flowers to the family in memory of Valerie Demby, please visit our flower store.