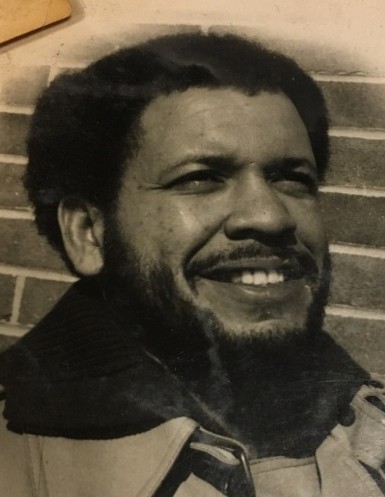 Tyrone James Wheatley, also known as Burtley, age 72, passed away on Friday, May 22, 2020 at his home in Salisbury, Maryland. Born in Cambridge, Maryland on September 23, 1947 to the late James and Evelyn Wheatley, Tyrone had one brother, Cornell.

Tyrone was educated in the Dorchester County Public School System graduating from Mace’s Lane High School on June 7 in the Class of 1965 where he participated in Track and Field with the shot put being his claim to fame as well as being a left guard while playing football for the award - winning Mace’s Lane Tigers! Upon graduation from high school, Burtley continued his studies at Bowie State University and the University of Maryland Eastern Shore where he earned a Bachelor of Science degree in Mathematics.

Burtley was married on May 18,1968 and from this union, a son, Tyrone D. Wheatley, was born. Later he had a daughter, Tamia Camper (1980), of Towson, MD. Burtley worked at Standard Register, a communications management company in Salisbury, MD. until his retirement in 2011.

He loved convertibles; cook outs with his class; the Penn Relays; and just listening to music. He was a private kind of guy, but when you got him talking – the shyness took a hike!!

Burtley was preceded in death by his parents and his brother, Cornell Wheatley, one grandson, Tra’Von Nichols and one niece, Aqueelah Wheatley.

To order memorial trees or send flowers to the family in memory of Tyrone Wheatley, please visit our flower store.