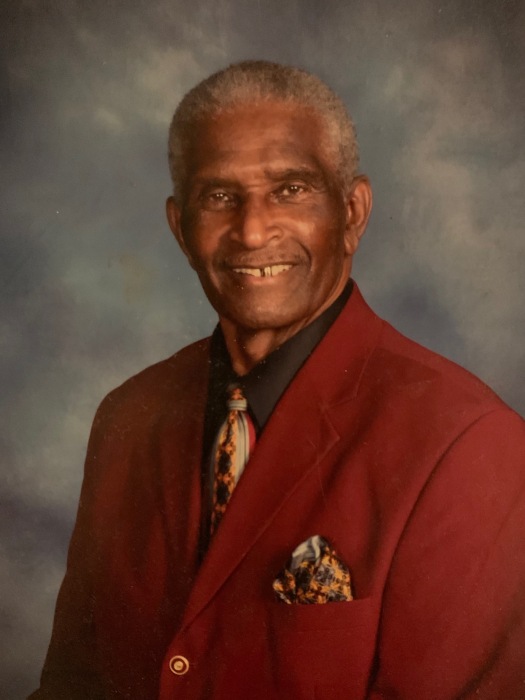 Time to Be Born: Tyrone Randolph Seymore, also known as “Big Sey” was born February 5th, 1943  in Cambridge, MD to the late Howard and Ailene Seymore. He was the only son and the youngest of six children.

A Time to Love: On August 28th, 1971 at St. Luke United Methodist Church he married the love of his life, Agnes Jones, whom he met in the 5th grade. They were married for 42 amazing years. From this  union, two children were born: Tyra and Andrea. Tyrone was also the proud father of Loretta, Craig,  Gavin, and Antoinette.

A Time to Live: Tyrone attended the Dorchester County Public Schools, graduating from Mace’s Lane High School in 1961. After graduating high school he attended Bowie State College later transferred to Delaware State College where he majored in Elementary Education and minored in Psychology receiving his Bachelors of Science Degree in 1967. He  received a Master Degree in Elementary Education with a concentration in Guidance and Counseling from Bowie State University in 1973. He took postgraduate courses at Johns Hopkins University, Anne Arundel Community College,  Community College of Baltimore, and Bowie State College.

Tyrone taught in the Baltimore City Public School System for over 30 years until his retirement in 1999. He taught at Commodore John Rodgers Elementary School #27 where he was adored and admired by his students. He was well  respected in the community and his dedication to teaching helped change the lives of students, parents, and faculty alike.

Tyrone loved sports. He ran cross country, played tennis and he played semi-professional basketball with the Lancaster Red Roses. He also tried out with the Baltimore Bullets Professional Basketball team. His love for the game was evident as he coached Varsity high school basketball at Patterson High School in Baltimore City for over 15 years. In 1988, Tyrone was inducted in the Athletic Hall of Fame at Delaware State University for basketball and tennis. His love for sports didn’t stop there. He also refereed basketball and officiated softball throughout the state of Maryland for over 17 years.

Tyrone was loved and was a friend to everyone. He had no enemies. He was an advocate for the betterment of the  community and others; he fought for equality and civil rights. He was extremely active throughout his community no matter where he was. In 1962, he pledged Groove Phi Groove Social Fellowship Inc. at Morgan State College in Baltimore, MD and in 1963 he earned a unique place in the Groove Phi Groove history, as a Founder and First President of the second undergraduate chapter at Delaware State College. Throughout his teaching career in Baltimore City he was a Chairman of the Union Chapter at School #27, Parent Advisory Council of the P.T.O, an active member of the Baltimore Teachers Union (BTU), and so much more. Tyrone was also a member of the Maryland Junior Chamber of Commerce (Jaycees). In 1977, Tyrone served as the Director of the Bel Air, MD Jaycees and was instrumental in the foundation of the first minority Jaycees in Cambridge, MD. Tyrone was an active and dedicated member of the Elks. He joined the Dorchester Lodge #223 and transferred to the East Baltimore Lodge #1043 in 1982. Tyrone was very active in Elkdom from the very beginning and was the Past Grand Exalted Ruler and a member of various boards and councils. Tyrone founded and was the First President of Mace’s Lane Alumni Association in Cambridge, MD. In April 1987, Tyrone asked a group of Mace’s Lane High School Alumni to meet at the Elks Home on Pine Street in Cambridge, MD, to work on planning the “First All Class Reunion”. Tyrone said “It’s open to all alumni or anyone who ever attended the school from 1953 to 1969, even if it was only for an hour.”  The first reunion was held in July 1988 and has been the second week in July, until this year. Tyrone was extremely passionate about Mace’s Lane High School and keeping its memory alive for all who attended. Tyrone was also a Master Mason at Enterprise Lodge # 3, a member of the NAACP, Sophisticated Brothers, American Old Timers Clubs, Inc. (The Old Timers), and Democratic Club of the Northeast Baltimore to name a few.

Tyrone was adventurous and adored traveling. He jumped at every opportunity to experience new cultures and met new people. He attended two Olympic Games, the ‘84 Olympics in Los Angeles, CA and the ’96 Olympics in Atlanta, GA. He visited over 40 states, numerous islands via cruise ships and 10 countries accompanied by his devoted wife. Together they traveled to Mexico, Canada, England, Scotland, Wales, Germany, Belgium, France, Switzerland, and Italy.  They walked hand and hand across The London Bridge, kissed at the top of the Eiffel Tower, and cuddled each other as they drifted down the streets in a gondola in Venice, creating a lifetime of memories. Tyrone was well known, he “ran into” someone he knew no matter where he was or somebody somewhere knew him. He was kind hearted, a point of contact, acted as a resource, and a father figure to many. Everybody knew “Big Sey from the MD”.

A Time to Serve: Tyrone was introduced to a Christian life at an early age. He was christened at St. Luke United  Methodist Church in Cambridge, MD and continued to worship there until moving away. Tyrone and his family were members of Eastern United Methodist Church (EUMC) in Baltimore, MD. He joined under the leadership of Rev. Dr. Lena Marie Dennis. Tyrone was active in EUMC, he was a member of the United Methodist Men, was a Trustee, sang on the Men’s Choir, and was a supporter of many other ministries. In 2017, he was recognized as a Black History Month “Hidden Figures” Honoree.

He is preceded in death by his wife, Agnes Seymore, parents, Howard and Ailene Seymore, sisters, Novella  Camper,  Nanzatter Ennels, and Ethel Seymore.

To order memorial trees or send flowers to the family in memory of Tyrone Seymore, please visit our flower store.