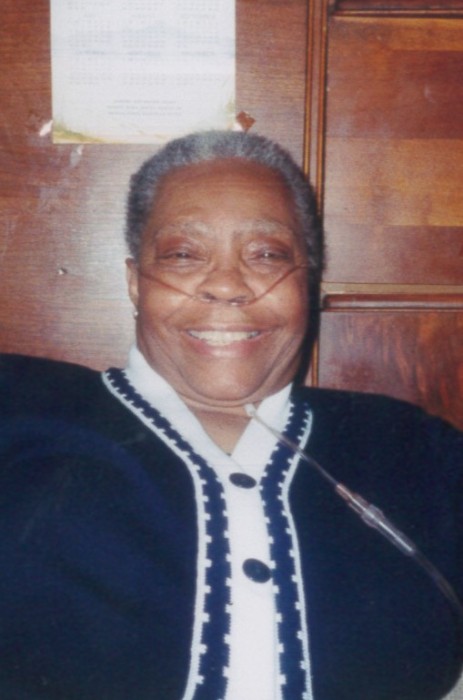 Tovolia Eloise Saunders Carter, 90 of Cambridge, entered into eternal rest on Tuesday, October 25, 2016 at Gilchrist Hospital Center at the appointed hour of 10:15 a.m. in Towson, Maryland.

She was born on December 11, 1925 to George and Mary Etta Trego Saunders.

Tovolia attended the public schools of Dorchester County and was a graduate of F.D. St. Clair High School, Class of 1941.  She was a member of Waugh Chapel United Methodist Church in Cambridge, Maryland where she accepted Jesus Christ as her Savior at an early age.  She was also a member of the Angelic Choir of Waugh Chapel.

Her years of employment included various jobs but she found much joy preparing meals at St. Clair Elementary and being a Geriatric Nursing Aide caring for the elderly at the Eastern Shore Hospital Center (State Hospital) from which she retired.

Tiny, as she was affectionately known by her family and friends, enjoyed praying for all who came to her house or called, conversating on the phone, cooking, singing, watching all sporting events and most of all she had a special love for her family especially her grandchildren.

She was preceded in death by her parents, son, Jameson “Jimmy” Carr, grandson, Devery Montaine Henry, best friend, Berthenia Pinder and all of her siblings.

To order memorial trees or send flowers to the family in memory of Tovolia Carter, please visit our flower store.