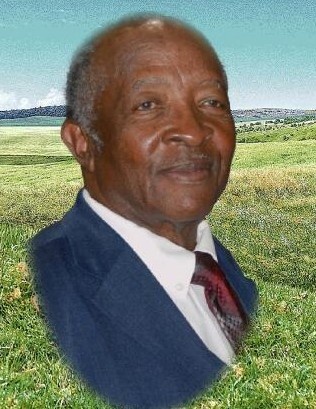 Thurman Thomas Bryan, born May 7, 1941, departed this life at the age of 80 on Friday, September 24, 2021, at Talbot Hospice in Easton, MD surrounded by his family.  He was the son of the late Thomas Edward Bryan and Magdalene Tubman Bryan and was the first of two children.

He was born and raised on Aireys Road in Cambridge, MD. Growing up, Thurman was a very outgoing child and earned the name of “bird” by all of his childhood friends because of his love for basketball.  He loved playing basketball where he would talk much trash as he tried to out-score Wilt Chamberlain. One of his favorite sayings is “Freddy is Ready”.  He loved his family and friends. They had a brotherhood bond and kept in touch.

In July 1963, Thurman was joined in holy matrimony to Correna Marie  Cornish. During their 58 years of marriage, they proudly raised two children: Darnel Bryan and Tawanda Bryan Hallums.

Thurman was funny and always telling comical stories.  He loved to laugh, and, intentionally or not, make other people laugh as well. It was often said he should have been a comedian or an actor because of his love for the     performing arts. His quirky smile was not only beautiful, but it was also infectious. To know him was to love him. He had a way of connecting with        everyone in his own special way for he never met a stranger as his greeting symbolized—"How are you doing my friend?” Thurman was a well-rounded person who enjoyed watching football (go Ravens), basketball, going fishing shooting pool and numerous other activities.

Thurman was educated in the public schools of Dorchester County, MD. He attended St. Clair Elementary School and later Mace’s Lane High School.  He graduated from Mace’s Lane High School in 1959 then furthered his education at Bowie State University receiving his Bachelor of Science Degree in Education in 1967.  Thurman taught school for 40 years in Talbot County public schools and was adored and well respected by his students and peers.

While teaching he embarked in a hobby of cutting grass starting with just two snapper lawn mowers.  The love for his hobby quickly grew into a     business.  Oh, how he enjoyed running the business!  He once described it as being therapeutic stating this was his way of coping with life.  “Bryan Lawn Service” has been in existence for over 40 years and is still thriving.

Thurman became involved in church at an early age.  After first introducing his mother to his home church of Union Chapel AME Church in Cordtown, MD, it was then and there he began his Christian walk.  He continued to worship there until he moved to Trappe, MD in 1969.  There he joined Scotts United Methodist Church where he was a loyal and dedicated member. Thurman served as a lay leader, President of the Trustees, member of the Senior and Men’s Choir. Chairman of the Finance Committee and a member of the Tate Ministry.

To order memorial trees or send flowers to the family in memory of Thurman Bryan, please visit our flower store.