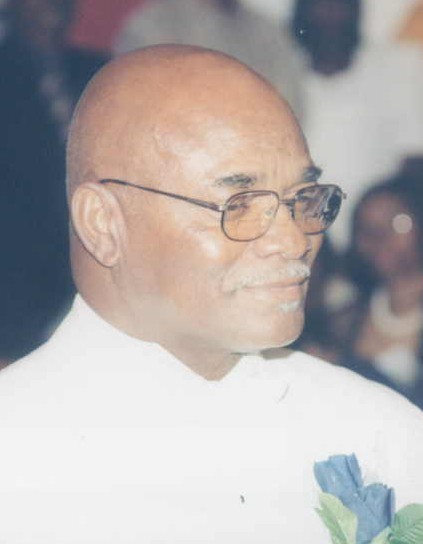 Thurlee Delano Perry of Cambridge, Maryland departed this life on Tuesday, April 17, 2018, at the age of 78. Thurlee was born July 16, 1939, to the late Thurman Brocato Perry and Alice Eldora Molock Perry. Educated in the Dorchester County Public School System, Thurlee graduated from Mace’s Lane High School in 1957. After graduation, for a brief period of time he was employed at Johns Hopkins Hospital and later in 1957, he enlisted into the United States Army where he was honorably discharged in 1960.

After being discharged from the Army, Thurlee resided in Baltimore, Maryland before moving to Columbus, Ohio for many years. In the late 70s, he returned to Baltimore and then retired.  Thurlee relocated back to the Eastern Shore in early 2000 where he united with his classmate Delores Elliott and their friendship led into their marriage in 2002. From this union, he gained two daughters, Sharon and Beverly, and an extended family where he was affectionately named “Pop T”.

Thurlee enjoyed watching baseball and football; he also loved reading, analyzing, and discussing the sports reviews with whomever would listen. He treasured spending time with his family and friends talking about the “good ole days”. He was a dedicated family member and friend to all and was often called upon to provide transportation to and from various locations as needed. He was an active member of the Corporal Herman Hughes American Legion Post #87 of Cambridge, Maryland for many years and was  actively serving as Sergeant of Arms.

To order memorial trees or send flowers to the family in memory of Thurlee Perry, please visit our flower store.