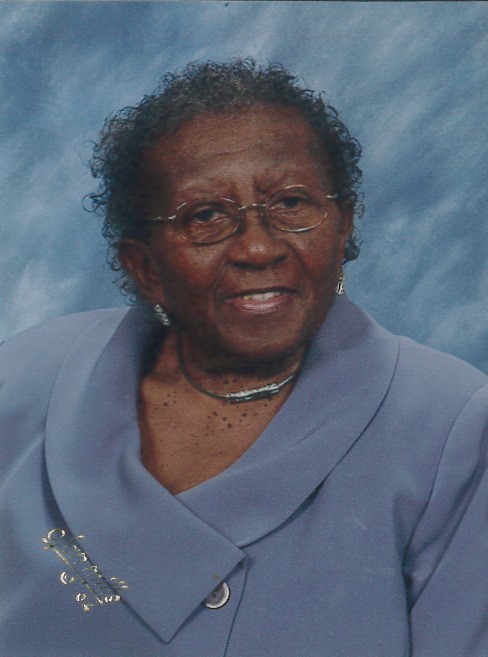 Thelma Estella Jackson, 94, daughter of the late George and Sarah Stanley was born April 21, 1923 in a small area known as Crossroads. She departed this life Wednesday November 15,2017 around 9 A.M. at Bay Care Assisted Living Home in Delmar, MD.

After the death of her father, who died at a very young age, her mother remarried Winfield Stanley who became the father figure in her life. Thelma was lovingly known as T J, Thel, Sis, Mom, Gigs, and Ms. Thelma. Thelma quit school early to help take care of her mother who was sick with asthma. Thelma always said she wanted to be a nurse, a profession she never claimed. However, she became a caregiver to several mentally challenge individuals at Dorchester Developmental Unit (DDU). Thelma was employed at several industries in Dorchester and Talbot counties: Factory C, Trappe Frozen Food, and Bumble Bee Tuna where she became Line Supervisor. After the closing of this plant she went to work for the Senior Center as a driver, carrying seniors here and there with Mrs. Josephine Hooper serving as musician for the group. She than became employed at Dorchester Developmental Unit where she retired after 20 plus years of service. She served in several capacities at the church: president of the Usher Board of Little Zion, chairperson of the Administrative Council of Zoar, sang on the choir and served as a Communion Steward. She traveled most Sundays representing Little Zion for various Usher days. Some of her favorite hymns were Precious Lord Take My Hand, He's Sweet I Know, Jesus Keep Me Near the Cross, Sweet Hour of Prayer, There's A Bright Side, Rough Side Of The Mountain, plus many others. Her favorite Scripture was the 23rd Psalm.

To order memorial trees or send flowers to the family in memory of Thelma Jackson, please visit our flower store.