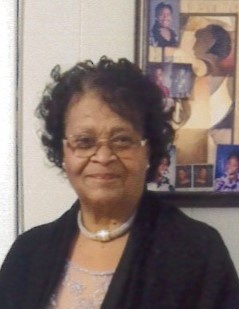 
Sylvia Diana Anderson, a devoted mother and grandmother departed this life on Wednesday, March 11, 2020.  She was the daughter of the late William Norwood Wilson and the late Mary Luetta Wilson.  Sylvia was married to the late Randall Anderson.

Sylvia was born June 20, 1945 in Taylors Island, MD.  She was a graduate of Mace’s Lane High School, Class of 1963.  Sylvia was affectionately known as ‘Diane’ or ‘Diva’ by her family.   After graduation Sylvia attended beauty school in Baltimore.  Sylvia worked as a seamstress for different companies including Rob Roy and Yale Sportswear.  Sylvia enjoyed being with family and friends and she loved to shop and dine at restaurants.  A favorite hobby was putting puzzles together.  She will be remembered for her quite spirit and loving smile.

Sylvia was a dedicated Jehovah Witness and a member of the Kingdom Hall of Jehovah’s in Cambridge Maryland.  She was baptized as a Jehovah’s Witness September 16, 2000.  She spent most of her time in field service as an auxiliary pioneer.  Even though she lost her voice she continued to witness in field service, laughing, communicating with friends and family, and expressing her opinion with the advancement of technology.

The family is grateful to Rosalyn Taylor and Shequita Williams-Wongus whom she loved and cared for like her own children. A special thank you to “Team Sylvia” which consist of everyone who assisted with her care.  Special thanks to her caregivers Samantha Blake, Kimberly Sheppard and her sister Lula who visited her daily.

To order memorial trees or send flowers to the family in memory of Sylvia Anderson, please visit our flower store.