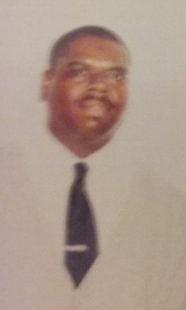 Steven Lionel Copes, 59 of Cambridge answered God's call and accepted his wings on February 16, 2017. He was born in Dorchester County to the late Shirley Mae Tilghman Copes and the late Richard Copes. Steven was educated in the Dorchester County Public Schools.

After graduating, Steven joined the US Army. He accepted Jesus Christ as his personal savior, and became a member of the St. Johns Holiness Church where he was an ordain minister. Steven was known as an affectionate man, always willing to lend a helping hand to any and every one that he could. He enjoyed praising God, talking about the Bible, and praying. Steven liked fishing, riding his scooter, and carpentry work. He worked numerous jobs: Black & Decker, Coldwater Seafood, The Dorchester County Salvation Army, and he was also an entrepreneur.

To order memorial trees or send flowers to the family in memory of Steven Copes, please visit our flower store.