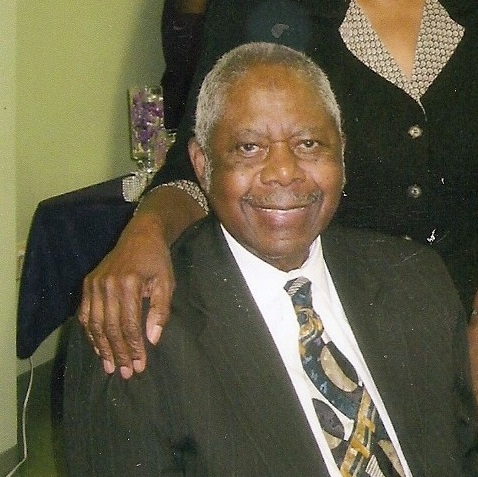 “I have fought a good fight; I have finished my course; I have kept the faith.”  2 Timothy 4:7

He was born February 14, 1929, in Abbott, Mississippi, to the late Lucille Johnson and Frank Murray, Sr. He later moved to Delaware with his mother. Sidney attended school in Millsboro and Pine Forge Academy in Pennsylvania. He was among the first students to enter Pine Forge Academy in the class of 1948. He left Pine Forge to make a career in the United States Air Force. However, after a tour of duty for eight years, he was given an Honorable and Medical discharge. Sidney was devastated by this course of action, as he had planned to remain in the service as a career for 20 years; but God had other plans for his life.

Sidney had many sayings. One was “If someone doesn’t love me, there’s something wrong with them.” His motto was “show respect to get respect.” He had a special song he loved to sing in his deep bass, “There’s a Wideness in God’s Mercy.” In his final days, Annie Mae would play this song over and over to him. He was truly a son of God and a legend in his own rite.

At every place Sidney worked, his kindness and smile touched people’s lives. He worked catching chickens for a number of years and his last job was at McDonalds for about 9 years. On each job he worked, he often spoke of his Lord and Savior Jesus Christ; thus winning some souls to Christ. After suffering a stroke on his way to work at McDonalds, Sidney’s work days ended.

Sidney was married to Annie Mae Jolley-Murray, his wife of 45 years. She has nursed him through sickness until the final days.

Serving in church has always been a part of his life. Sidney was an “Honorable” and “Faithful” member of the Faith Seventh Day Adventist Church in Cambridge, Maryland and First Seventh Day Church, Millsboro, Delaware. Sidney was an active member of the Women’s Ministries and Community Services organizations. She served as Usher, Deacon for many years until his health declined. She also helped with hospitality and supported the youth in various activities, including camping out with the Pathfinders. He and his wife were faithful in attendance at prayer and Bible study; for some time travelling from Millsboro in rain, sleet, or snow. Very little would keep him and his wife from coming to Cambridge for services. His favorite Bible scripture was John 11:35, “Jesus Wept.”

Sidney loved his cars and driving fast. When stopped by traffic patrol on occasion, he would hand out a tract and of course the Sidney charm. He certainly gave his guardian angels some challenges.

In addition to his parents, Sidney was preceded in death by his sister, Betty Hall (Walter), and a brother, Henry “Tiny Boy” Fordham.

To order memorial trees or send flowers to the family in memory of Sidney Murray, please visit our flower store.