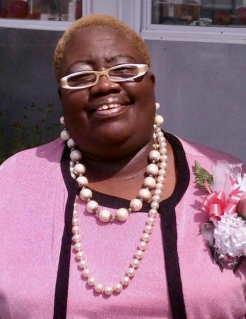 Shirley Anne Stanley was born in Cambridge, Maryland, to the late James Stanley and  Pastor Hattie L. Stanley, on September 29, 1948. She departed this life on November  12, 2021.

Shirley received her High School Diploma after graduating in 1966 from the Mace's Lane High School. After receiving her high school diploma, she continued her  education by attending and graduating from the Cortez Peters School of Business,  located in Washington, D.C. Thereafter, Shirley met the late Charles Stanley, Sr. and  they were married on December 19, 1969.

Shirley was a career musician. She loved the Lord and used her musical abilities as a  skillful worshipper, playing the piano. She played for many events and occasions, like  weddings, and funerals, however, she was well known for playing for choirs and at  numerous churches. Some of those churches were, Zion Baptist Church, Seventh Day  Adventist Church, Union Chapel AME, St. Luke Methodist Church and Waugh United  Methodist Church, to name a few. At the time of her passing, she was a member of the  Seventh Day Adventist Church, here in Cambridge.

While music was her greatest passion, she also enjoyed indulging in the simple  pleasures of life. She loved thrift shopping, yard sale shopping and playing spades. She also loved spending time with her family, whom she loved deeply. Shirley had a  great sense of humor. Anyone that really knew her could attest to this, as she was an  avid teller of jokes. Her comedic style always made conversations more interesting.

Shirley had a great love for youth. She frequently opened up her home to those who  were in need, and spent many summers as the head of the Youth Summer Program, under the Housing Authority of Cambridge. With her loving, motherly and nurturing  nature, she became a strong pillar of the community.

She was preceded in death by her husband Charles Stanley, Sr, and parents, James  Stanley and Pastor Hattie L. Stanley.

To order memorial trees or send flowers to the family in memory of Shirley Stanley, please visit our flower store.