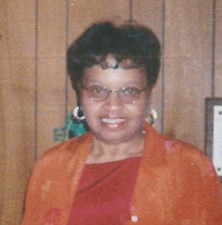 In 1957, Shirley gave birth to her only child Rodney Cephas. He was the joy of her life. She married her college sweetheart John Butler.

She loved skiing to the point that she actually bought her own pair of skis. Being an avid traveler she enjoyed European countries, cruising to various ports including Jamaica, Alaska, and the Bahamas. Additionally she enjoyed outings with the Red Hatters. She loved her Washington Redskins and was able to convert a resistant Dallas Cowboy fan to root for and adopt the Redskins team.

Gwendolyn Terrel and Shirley Smith for their regular visits and serving communion, staff of Morningside House of Laurel, the staff of Seasons Hospice, and Beverly Morgan, a devoted friend and constant visitor.

In lieu of flowers memorial contributions can be made to St. Paul UMC and Season’s Hospice and Pallative Care.

To order memorial trees or send flowers to the family in memory of Shirley Butler, please visit our flower store.