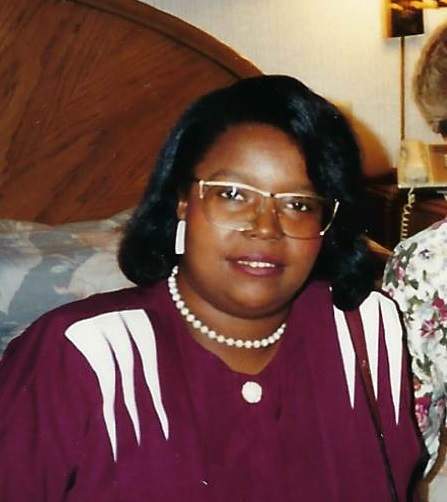 Friday, September 1, 2017, the Lord God Almighty heard the despairing cry of SHERITA ANNE CONAWAY. Knowing heaven must be missing an angel, He descended from heaven to her bedside, whispered “well done my good and faithful servant, your struggle is over,” and with that she took flight.

Sherita graduated with the Class of 1979 from Mardela High School. She continued her education at UMES and transferred to Salisbury State College (now Salisbury State University) to graduate in 1983 with her Bachelor of Arts degree in Education. She dearly loved pursing a teaching career in the Wicomico County Public School system. Her career began at Prince Street Elementary School and lastly at East Salisbury Elementary School, home of Sherita’s Solders. She had written on a note pad three standards: (1) to help students realize their potential (2) give students the support to meet/provide the challenging academic demands and (3) help students realize the choices they make today will impact their lives greatly in the future.

Sherita’s love for children went beyond the school. She spent over 20 years as a Foster Parent trying to improve the lives of children. She and her husband were once awarded National Foster Parents of the Year. During the tenure of Foster Parenting three children were adopted, Olivia Conaway, Ivan Conaway and Michael Conaway. She was God Mother to Brandon Copper, MaKayla Bounds, Cedric Jones, Andre Jones, Marcus Jones, Jenea Jones, Shamar Jones and Sarah Anne Joynes.

Sherita’s versatility was evident in everything she did. In her community she had her children involved in any type of sports. She would sit out in all types of weather watching and cheering for her children who couldn’t play a lick; but in her heart and mind each one was a professional champion. She later served as the President of Mardela Recreation and Parks. She was an active parent at the schools her children attended, serving as Vice President and President of the PTAs at Northwestern Elementary and Mardela High Schools. At her church, Mt. Pleasant AUMP Church, Mardela Springs, she a faithful member where she proudly served as an Usher and Trustee President. Her answer to most every situation was “Just pray on it.”

To order memorial trees or send flowers to the family in memory of Sherita Conaway, please visit our flower store.