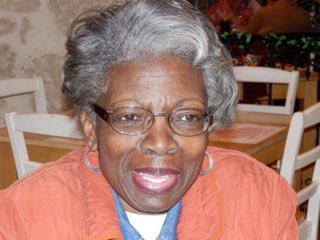 Sharon Alvetta Hackett, daughter of the late Robert and Betty Hackett, was born January 9,1947 in Cambridge, Maryland and departed this life after a long illness, Monday, April 13, 2020 in Baltimore, MD.

Sharon, the oldest of six sisters, grew up in Cambridge and was raised in a loving, caring home by parents who loved the Lord and raised them to know the Lord. As a child, she attended Cambridge public schools and also attended Waugh Chapel United Methodist Church where the family was very active.

Sharon was a 1965 graduate of Maces Lane High School. She moved to Baltimore, Maryland to attend Morgan State College (now University), earning a BA degree in sociology in 1969, and a Master's degree from the University of Maryland School of Social Work in 1976. She took advantage of continuing education opportunities throughout her career. Sharon remained in Baltimore throughout her professional career of thirty-nine years primarily with Baltimore City Department of Social Services and the Maryland Department of Human Resources.

Sharon's work concentrated on improving the lives of children and families through child welfare programs. She was an adoption caseworker, supervisor at the Westwood Center and supervisor in the Adoption Program. She advanced to a position at the Maryland Department of Human Resources as Administrator of the Interstate Compact on the Placement of Children (ICPC) overseeing and assuring the legal placement of children across state lines. Sharon completed her employment with the state in a management position at the Baltimore County Department of Social Services where she remained until retiring in 2008. For fifteen years, she worked part-time as Coordinator for the Supervised Visitation Program with the Circuit Court of Baltimore City. Sharon was highly respected by her colleagues, those she supervised and trained, and the families she served. The residual benefits of role model and advocate are her gifts for those she touched to carry forward.

Sharon loved the Lord and she loved the Word. Her walk in faith continued when she joined New Shiloh Baptist Church where she was an active, faithful member singing on the choir and participating in various activities and programs until her health declined. She then attended First Charity Baptist Church with her sister Vickie. Sharon's deep, spiritual faith was evident in the way she lived her life in and outside the church.

She loved her family so much. Her thoughtful, giving, and caring nature were ever present and reflected in many ways. An example is when she lovingly moved her mother from Cambridge into her home and cared for her until her passing. She generously gave her time, advice and resources to help her sisters, nieces, nephews, goddaughter, friends and whoever she encountered that might benefit from her assistance.

Sharon was an avid reader and loved to travel. She visited many places and enjoyed vacationing with family and friends. The Black Arts Festival in Atlanta GA was a favorite destination. Sharon was an "urban gardener" and enjoyed scouring garden centers for new and unusual plants. Among family and friends her "green thumb" was revealed in the gorgeous plants that adorned her home. Sharon found joy in baking. Friends and family recognized and benefited from her baking skills. Celebrations of birthdays, holidays, and special occasions were never complete without at least one (and usually more) of her specialties: brownies, cakes, pies, and cookies. Homemade Egg Nog was a special treat at Christmas. Another activity in which Sharon indulged was exploring the offerings of different restaurants which created special and tasty opportunities to spend time with friends.

To order memorial trees or send flowers to the family in memory of Sharon Hackett, please visit our flower store.