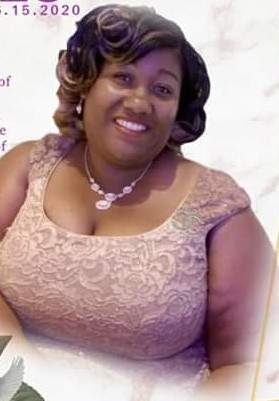 The Memoir of Shaneka Shenae Vines

Her Life · Her Love · Her Legacy

Graced with the gift of life on August 25, 1983, a Queen in her own right, was introduced as Shaneka Shenae Quailes.  God, being the author and the finisher of our faith, saw fit to receive her back unto his own on Monday, June 15, 2020, at Nanticoke Memorial Hospital in Seaford, DE.

Shaneka was born in Cambridge Maryland to Yolonda (Sampson) Dommon and Anthony Quailes.  Her education began in the public schools of Dorchester County, MD and continued to the public schools of Kent County, Delaware, Orange and Bradford Counties of Florida.  Upon her return to Maryland, she received her Diploma. Babygirl, as she was affectionately called, furthered her education in a highly desired field of nursing.  She accomplished the licensing as a Certified Nursing Assistant and Geriatric Nursing Assistant. In this field, she held jobs at Mallard Bay Care Center, and Genesis HealthCare in Cambridge MD.  After spending several years in the medical field, and building dedicated clientele, Babygirl decided to pursue Cosmetology.  In 2011, she successfully graduated from Delmarva Beauty Academy and inaugurated her career as a Licensed Cosmetologist.  She worked in different salons that accommodated her clients including Smart Styles (Cambridge and Denton), Great Clips, and the Hyatt Regency Salon and Spa. While being a stylist, Babygirl also enjoyed other employment opportunities where she was able to help people, which included The Chesapeake Center and M&T Bank. Shaneka was the owner and operator of Vine of Elegance, a cosmetology service.  In just a short period of time, she created lasting and impactful relationships through her current employer, Home Instead Senior Care, in Lewes Delaware.

Babygirl was a praiser, worshiper, and all-around Lover of Jesus Christ, as a result of being reared in a God-Fearing home from a very young age. She was a dedicated member of New Life Christian Church & Ministries, in Cambridge MD, under the leadership of Bishop Weldon & Lady Jacqueline Johnson.  Shaneka was also a member of God’s Anointed Choir (Formally Gospel Echoes) of Aireys MD, under the Direction of her Husband, Minister Rayshawn Vines.

To order memorial trees or send flowers to the family in memory of Shaneka Vines, please visit our flower store.