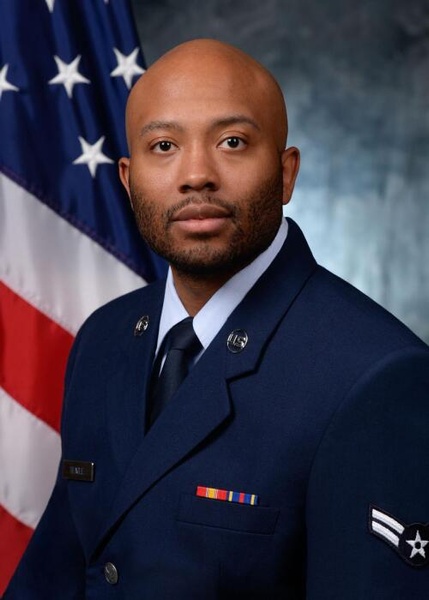 Ricky was born in Easton, MD on November 28, 1990, to Ricky Teagle and Yolonda Trippe. He was a graduate of Cambridge South Dorchester High School, class of 2008 and continued his education to receive a bachelor’s degree in Computer Science from Bowie State University.

In September 2018, he joined the armed forces, continuing the Teagle family tradition of service to our country. He was assigned to Schriever Space Force Base in Colorado. Senior Airman Ricky Teagle was a defensive space control operator for the Satellite Control Network with the 22nd Space Operations Squadron, part of Space Delta 6. During his time of service, Ricky was selected as both the Peterson-Schriever Garrison Honor Guardsman and Ceremonial Guardsman of the Year for 2020, and Airman of the Quarter twice at the squadron level. He received the Air Force Good Conduct Medal, Global War on Terrorism Service Medal and the Air Force Training Ribbon. His incredible professionalism, fortitude, and excellence will be missed among the squadron. With his height and athletic abilities, Ricky was a natural at basketball and truly enjoyed playing the sport. He recently played for the Colorado Military Basketball team and was considered one of the best to ever play for CMB. He was a key player in helping the team win several tournaments. Ricky loved cooking and enjoyed cooking for friends and family. He would often post photos of his entrees on Facebook and Instagram.

Ricky made a lasting impression on everyone he met with his smile, which was only surpassed by the size of his heart. His energy, kindness and passion for life are what his friends and family will remember most. He was a devoted son to his mother and worked hard at being his best self, making his father proud.

He is preceded in death by his grandparents, Dorothy Ann Adams Teagle and Fred Teagle, Jr. and an uncle, Darnell L. Trippe.

To order memorial trees or send flowers to the family in memory of Senior Airman Ricky Teagle, Jr., please visit our flower store.