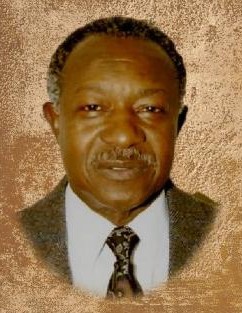 
Schuster is a native of (North) Dorchester County, Maryland, and grew up in a small community
known as Elwood. He attended elementary and middle schools in Hurlock, Maryland, but
graduated in 1952 from Lockerman High School in Caroline County, Maryland.


After graduating, Schuster served 2 years in the United States Army. His only regret about his
military experience is that his tour of duty did not allow him to leave the southern United States
(Georgia, Alabama, Louisiana). After being honorably discharged, he took advantage of his
military GI Bill entitlement by going to school and becoming a Master Barber.


Schuster was employed by, and later retired from Waverly Press printing company in 1996, after
35 years of service. After retiring from Waverly Press, he assumed the duties as manager of
Stanley’s Barber Shop, after Mr. Stanley relinquished the responsibilities due to age. As a true
Master Barber, Schuster was also known around town as the “Traveling” Barber, because he
often serviced his patrons, those confined due to illness or disability, at the homes or healthcare
facilities where they resided. As a result, Schuster became known to healthcare facility staffs as
a “frequent flier,” due to his recurring desire to visit with friends, family, and fellow church
members. Schuster also served his community of Cambridge as an Election Judge for
approximately 15 years.


Schuster was a faithful member of Bethel A.M.E. Church, Cambridge, Maryland, for over 45
years. He had a passion for serving on the Usher Board and singing in the Progressive Male
Chorus, was a member of the “Men Working for Christ” group and provided financial support
with his tithes and offerings. Schuster was a member of the Delmarva Usher’s Association and
when not attending an annual Usher’s Day celebration, he could be found at a Men’s Day
celebration at one of the local churches on most Sunday afternoons. Schuster also maintained his
familial roots by returning to his home church of Hurlock United Methodist, Hurlock, Maryland,
several times a year to worship with family and friends, and by providing financial support.


Schuster loved his family and had an even larger loving extended family. He was known as the
family’s historian, because if any other family member were asked a question about the family’s
history, the response would always be, “I don’t know, ask Schuster.” He not only could answer
the question but could also tell you how the kinship was connected. Most people that knew
Schuster knew that he “don’t take no stuff.” If you didn’t want to hear the truth, then don’t ask
him the question. One of his favorite sayings was “I May be a little potato, but I’m hard to peel.”

To order memorial trees or send flowers to the family in memory of Schuster Farrow, please visit our flower store.