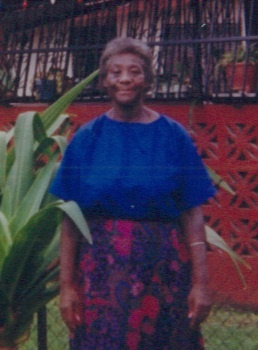 Sarah is survived by her only son Apostle Darryle Riley (Singleton Badger) of Cambridge; 2 grandchildren: Jahat and Bernard Riley both of California; 3 brothers: Alfred Riley (Lena) of Baltimore, Calvin and Marvalee Riley both of Cambridge; and a host of nieces, nephews, cousins, other relatives and friends.

In addition to her parents, Sarah is preceded in death by a brother William Riley.

To order memorial trees or send flowers to the family in memory of Sarah Woolford, please visit our flower store.