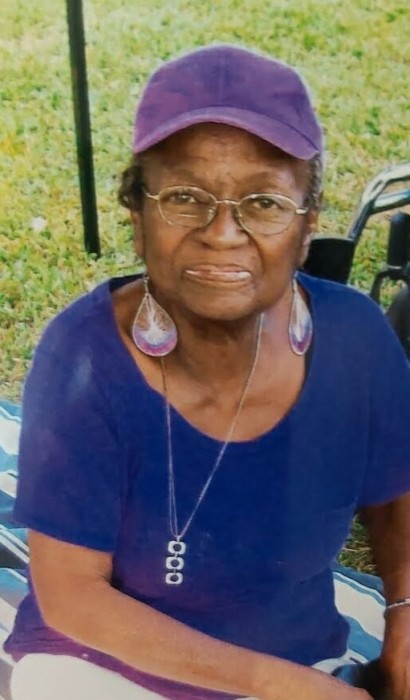 Sarah Francis Jackson-Reynolds departed this life on Wednesday December 16, 2020 at her home surrounded by family.

Sarah or “Ma Sarah”, as she was Known by many, was born on May 13, 1937 in Baltimore, MD to the late Louise Jackson and William Greene. She attended St. Mary’s Catholic School in Annapolis, MD. She moved to Cambridge in 1955 where she became a CAN in 1968 and in 1975. She opened her first restaurant on Pine and Wells Street in Cambridge. She also worked for many years at Todds as a crab picker. She was the founder and president of a Social Club called Touch of Class in Cambridge. Sarah will always be remembered as a caring spirit. She took care of anyone who needed someone.

Ma Sarah loved throwing parties and showing people a good time. If no one else would, you could always count on her to throw a party in your honor. She always made sure everyone had a Christmas present even if she just met you. She provided everything from a job to a place to stay. “Ma Sarah” would always help a person in need. But most of all she was the matriarch of this tribe because the word family just did not equate to the many lives she impacted.

Sarah was preceded in death by her siblings, 3 children: Reggie Tydings, Ondra Jacksin and Randall Lee, Jr., and one grandson, Lamont Jackson.

To order memorial trees or send flowers to the family in memory of Sarah Reynolds, please visit our flower store.