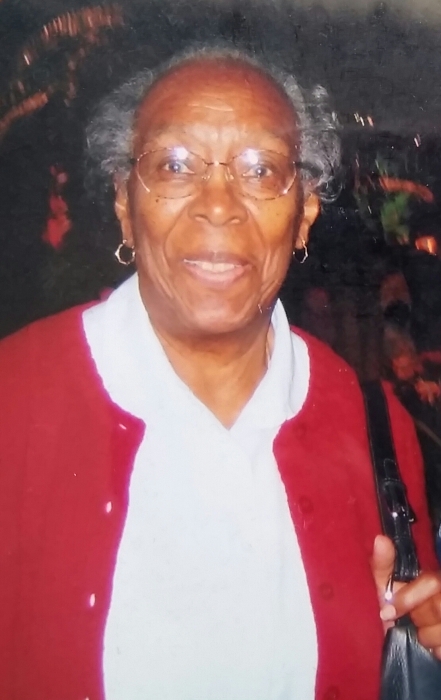 Sarah Jane Wells Coleman was born in Trappe Maryland on September 29th 1922, the daughter of the late Nathan and Lula Wells.  Sarah was educated in the Talbot County School System.

She was the oldest girl of eight children, Nathaniel, Arthur, Olden, Regina, John, James and Miriam. In many ways she was the pillar of the family and engaged regularly with her brothers and sisters.  The Wells children had frequent family gatherings in Trappe Maryland with extended family.  They loved to laugh and tease each other and where a source of joy for all who came in contact with them.

Sarah, a faithful Christian, had an unwavering faith in God and received her early religious training in Hurlock Maryland where her mother was a Pastor. Later she attended Scott United Methodist and assisted in homecomings and numerous church events.

Sarah was married to Ellis Coleman in 1954 and in 1957 they purchased a home in Philadelphia. Ellis passed away in 1958, and as a dedicated, loving, and now single mother, Sarah worked multiple jobs to provide for her three daughters Patricia, Diana, and Sharon.  Sarah dedicated her life to her girls and her family.

In 1966 Sarah went to work as a bus matron for the Philadelphia School District. This job allowed Sarah to be home for her girls when they finished their day in school.  In 1968 Sarah went to work for Flash Trimming as a seamstress and joined the International Ladies Garment Workers Union.  Sarah worked conscientiously for her company until her retirement.

To order memorial trees or send flowers to the family in memory of Sarah Coleman, please visit our flower store.