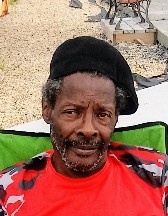 Samuel Lee Stevenson, Sr., 62 entered his eternal rest on April 14, 2020 at his home surrounded by his family. He was born on November 16, 1957 in Greenville, North Carolina to the late Clevern Earl Stevenson, Sr., and the late Mary Hardy Stevenson.

He attended Perquimas County High School in Hertford, North Carolina.  He moved to Cambridge, MD in 1988 and worked for Eric Straub Marine Construction as a bridge repairer.  He also worked for Bayliner Boat Company as a boat builder for 9 years. He was employed by Dan Brannock of Cornersville, MD as a handy man until his health failed.  Sam loved his family, and everyone knew where to take the kids when they needed a babysitter and they loved being at Uncle Sam and Aunt Tiny’s house.  He was always saying something to make you laugh and his smile could light up the room.

We will always miss Sam and we will keep him in our hearts forever.  In addition to his parents he was preceded in death by 2 brothers, Clevern Earl Stevenson Jr., and Ricky Eugene Stevenson, his grandparents Effie and Eugene Hoffler and an Aunt Ethel Hardy.

To order memorial trees or send flowers to the family in memory of Samuel Stevenson, please visit our flower store.