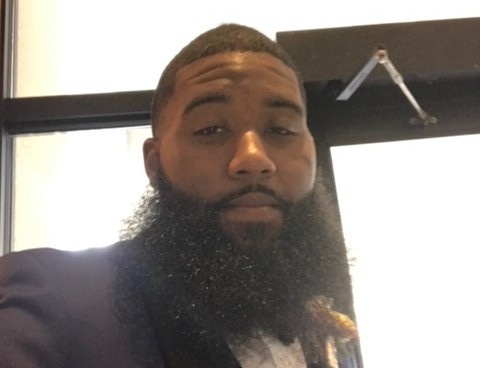 Samuel was educated in the Dorchester County Public school system and was a proud 2002 graduate of Cambridge South Dorchester High School. He was well liked by many of his teachers and classmates. His favorite subject in school was History. While in high school he was on the lacrosse and football teams.  He wore the #72 and in 2002 he was awarded the football MVP of the year.  Sam really enjoyed playing and watching sports.

Samuel Jr. was born into Pentecostal Temple Church under the leadership of his grandfather, the late Pastor Emeritus James R. Brisco. He remained a faithful and dedicated member of PTC when his father Samuel A. Brisco Sr. became Pastor.  Samuel Jr. received Jesus Christ as his personal Lord and Savior.  He demonstrated his love of the Lord by confessing his sins and being baptized in Jesus’ name.   Later he was filled with the Holy Ghost, with evidence of speaking in other tongues. At church, Samuel was a devoted member serving as the church drummer, Adult Sunday school teacher, member of the baptismal committee and President of the United Saints Youth Auxiliary (US).  Even though, Samuel Jr. never ushered he has been a member of the Junior Usher board and supported the church ushers.   His tenancy and fortitude for serving the Lord was evident and his love for PTC was profound.

Samuel attended Wor-Wic Community College in Salisbury, Maryland and Aenon Bible College passing the ministerial introduction course in 2011. He was elevated to the office of Minister through the D.C., Delaware and Maryland District Council of the Pentecostal Assemblies of the World, Inc. Once elevated as a Minister Samuel continued serving Pentecostal Temple Church preaching on Youth Sunday’s and when directed by his Pastor. When the Lord used Minister Brisco, he shared a message that you could hold on to forever. Many of the saints, refer to the words that God gave him as words of inspiration and encouragement to all under the sound of his voice.

Samuel reconnected with his childhood dream girl, Crystal Coleman in March 2016. After a few months of dating, he knew she was the one that he wanted to spend the rest of his life with.  Samuel and Crystal were united in Holy Matrimony on August 19, 2017 in Baltimore, Maryland. The one year marriage was filled with traveling to different states, laughter, going to movies, eating out, spending time with family, friends and loving each other unconditionally.  This was a true love story.  Their unique marriage touched many people both young and old.  His friends and family members still comment on the way Samuel’s face lite up when Crystal would walk in a room illuminating the insurmountable evidence of unconditional love they shared with each other.

Samuel was employed in the customer service department for several years at Rent A Center in Easton, Maryland. Upon moving to Baltimore with his wife, he was employed with Pinnacle Logistics and Menzies at BWI Airport. It brought Samuel great joy to be able to provide for his family through working.

Samuel was a friendly and loving person and made friends everywhere he went. He enjoyed helping people and making them laugh. He told jokes and stories in his own special way, leaving a lasting impression on everyone he encountered.

To order memorial trees or send flowers to the family in memory of Samuel Brisco Jr., please visit our flower store.