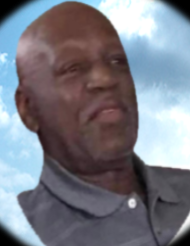 Sammy was born on August 28, 1952 to the late Hamilton R. Barnett and Doris Ann Barnett (who preceded him death on December 2, 2021). He was the fourth of seven children. He attended St. Michaels High School.

In his early years, he worked for his uncle, Vernis Chester and cousin, Howard Barnett, Sr. driving their trash truck. He bartendered at Sunset Bar and Grill until their closing. He worked for the Town of St. Michaels for many years. His last employment was with Perry Cabin.

Sammy loved his family. He took joy in checking on his granddaughter, who he affectionately called the Baby. He enjoyed going to the Senior Ministry at Union. He helped the church as needed with their barbecues and unloading the fruit truck. He enjoyed meeting with the gentlemen at High’s in the morning for a cup a coffee and get an update on the current news around town. He made his daily trips to check in on his mother and get his dinner for the evening until she was not able to do so. She made sure he always had a good meal. His best times were hanging out with the fellows at Campers. He loved his nieces and nephews. All of them knew Uncle Sammy even the little ones, especially, Travon, Tavon, Alexander (Tum Tum) and Sevyn. He was known as the candy Uncle.  He was a giving and friendly person.

To order memorial trees or send flowers to the family in memory of Samuel Barnett, please visit our flower store.