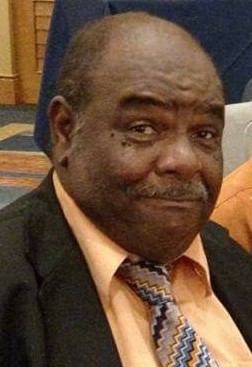 Salven Wilson Payton, age 65 of Cambridge Maryland was called home to glory on Friday March 9, 2018 at the Chesapeake Woods Center in Cambridge MD. He was the son of the late Salven and Thelma Cornish Payton.

Salven was born August 14, 1952 in Baltimore MD. He was educated in the Dorchester County school system. Salven graduated from Cambridge High School in 1970. For years, Salven worked at Bumble Bee Seafood. He later went on to be a bus driver for Dorchester county public schools, Dorchester Developmental Unit, Bell Transportation, and he also worked at Easton Memorial Hospital. Salven married Normalee Cornish Payton, and for the last 29 years, the duo has remained a very loving example for their entire family.

Salven was a very faithful and active church member. He became a member of Refuge Temple Church of God in 1991, where he has since served as an Usher, a member of the men’s choir, deacon, security guard, a van driver, and performed any other task that was needed. No task was too big or too small. Salven is known in the community for lending a helping hand to anyone in need. Most people who knew him will attest to that, and even people who didn’t know him could get a good sense of who he was just from being in his presence.

Salven leaves to cherish his memories his loving Wife Normalee Cornish Payton, his 3 children, Orlando (Lanny) Payton, Lionel Payton, Lashica (Nell) Payton and three step children, James Dixon, Natalie Smallwood(Jumada), Bryan Dixon and Brigette Wilson all of Cambridge, MD. 22 Grandchildren, one great grandchild, Two sisters Charlene Payton of Cambridge MD and Rolinda Travers of Pittsburg PA. One brother in law Sherwood Cornish (Joann) of Orlando Florida and sister in law Ella Driggins of Federalsburg MD and a host of other relatives. Other than his parents, Salven was preceded in death by two daughters Joanna Payton and Pam Bell. His memories will forever be cherished by his family and friends.

To order memorial trees or send flowers to the family in memory of Salven Payton Jr., please visit our flower store.