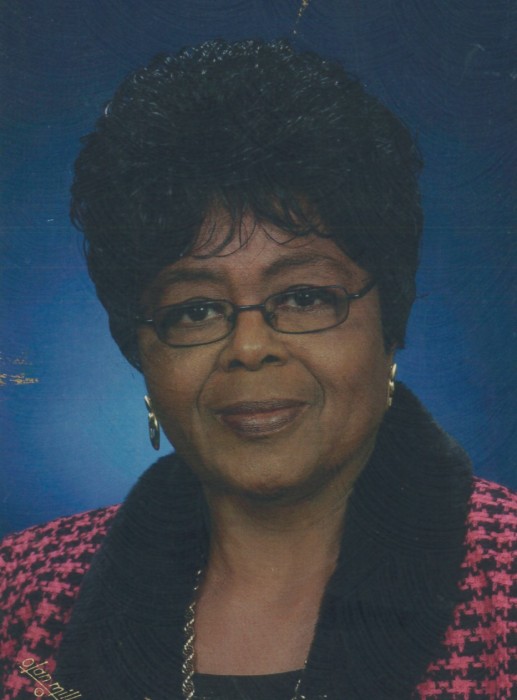 Ruth Evelyn Rideout, lovingly called “Babe Ruth” was a beloved mother, sister, grandmother, aunt, and friend who passed away on a pleasantly cool fall night on November 11, 2017.  Born on April 24, 1933, Ruth was the daughter of the late Lewis “Luke” Rideout, Sr. and Nena Dennis-Rideout.

She was born and raised in Reids Grove, Maryland.  Ruth was a faithful member of Zoar United Methodist Church.  She was a longtime member of the Senior choir.  She enjoyed working in the church kitchen where she enjoyed preparing huge amounts of delicious food for the church family and guest.

Ruth Rideout was educated in the public school system of Dorchester County which included her graduating from St. Clair High School in Cambridge, MD.  After working a few other jobs, Ruth spent her career as an employee of Eastern Shore State Hospital as a Nurses’ assistant.  After retiring from the State Hospital, she returned to work force as an employee of Mallard Bay and Chesapeake Woods.  She said the work adventures and conversations with the patients kept her “young”.  She worked in the health care field over 50 years.

Ruth Rideout passionately enjoyed family, church, cooking, decorating, gardening, reading, traveling, and socializing to name a few joys.  She thrived on preparing many food dishes for a large family even as the family shrunk to a much smaller size.  She loved family dinners.  She enjoyed the holidays and especially liked putting up bright red Christmas lights.  She stand a distance from the light and say, “now that’s hottin.”  Being an Eastern Star was one of her social enjoyments.  She looked to the cabarets and other activities.  As a member of the silver Leaf, she enjoyed traveling to Florida, Canada, Niagra Falls and Alaska as well as other places throughout the United States.

Ruth was preceded in death by her friend close to heart,  Lewis “Bob” Sampson.  She is preceded in death by her children – Cleophas, Milton and Jennis “Tyrone” Rideout.  She leaves to cherish her love and wonderful memories one grandson- Dionyus Rideout, her beloved Sampson children who affectionately called “Mom Ruth – Amanda, Michelle, Charlene, Jerome, Yvonne, Lewis “Lil Bob” and Jackie – a host of nieces, nephews, cousins and friends.

As a Godly woman who sought God’s love, blessings and direction, she made praying for her entire family a part of her evening prayer.  Ruth Rideout said God quietly prepared her for difficult things in her life which allowed her to have peace in her spirit about life’s ups and downs.  Ruth Rideouts’ love, kindness and joy will be remembered by all.

To order memorial trees or send flowers to the family in memory of Ruth Rideout, please visit our flower store.