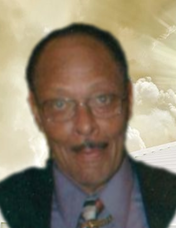 Rudy was born on August 10, 1937, in Cambridge, MD to the late Olivia Payton Perry and Nathan Raymond Perry. He was a 1955 graduate of Mace’s Lane High School and immediately enlisted in the United States Navy. After serving with the U.S. Navy, Rudy was employed at the Eastern Shore State Hospital, Mid-Atlantic Regional Carpenters and he was a private caregiver.

In 2007, he accepted Jesus as his Lord and Savior and became a member of Airey’s United Methodist Church where he served as a trustee. In addition, Rudy enjoyed helping with the maintenance of the church until he could no longer due to health concerns.

He was a sports enthusiast and a loyal fan of the Washington Commanders (formerly the known as the Redskins). He loved spending time with his family and taking cruises. Rudy loved his dogs, Mack and Norris, and would often take them on long car rides.

To order memorial trees or send flowers to the family in memory of Rudolph Perry, please visit our flower store.