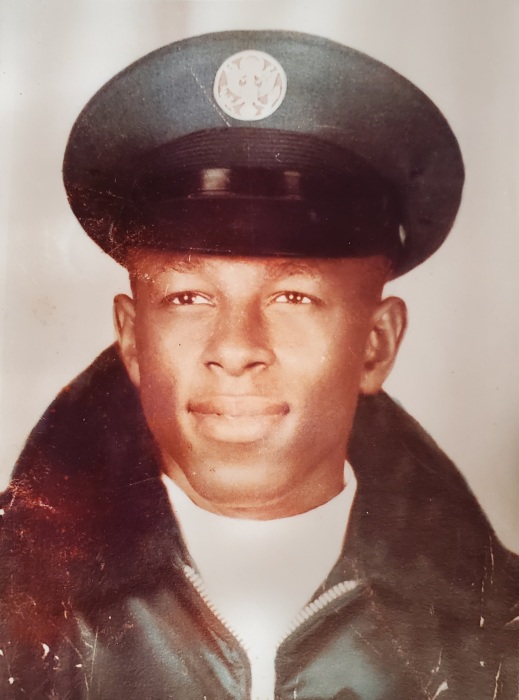 On March 14th, 2022, Rudolph Richard Banks Sr. was called home after 81 years. During his illness he was able to remain in the home up until a few weeks before his passing. He was born on September 1st, 1940 and was raised in Church Creek, MD. Rudolph was the son of the late Lauton Banks Sr. and Jennie Eva Travers. He lived in Cambridge, MD throughout his adult life.

Rudolph graduated from Maces Lane High School in 1958. He later joined the United States Air Force in 1962 and was Honorably Discharged in 1968. He often shared his military experiences from Alaska, Delaware, and New York. His claim to fame was driving from Alaska back to Maryland. Rudolph was also a member of the Air Force boxing team. Following military service he went to work for Coldwater Seafood in Cambridge, MD. Rudolph was a proponent of lifelong learning by completing technical and leadership certifications. He was an expert problem solver and didn't mind sharing knowledge. He was later promoted to Maintenance Supervisor. In 2006, he endured a major motorcycle accident but made a miraculous recovery. This prompted his retirement after 38 years of service.

Rudolph loved music and played guitar for various gospel groups and churches. He helped start gospel groups and inspired others to grow their musical talents. Rudolph was an avid boater and fisherman who loved joyriding as much as fishing. He and his family raced cars and motorcycles at the Delaware Speedway in Delmar, DE. They also performed their own mechanical performance modifications. He was a mentor to his nephews and helped cultivate their mechanical knowledge.

Rudolph always had a playful yet competitive nature. Besides racing, he was well known around town for being a great pool player, a skill that he passed down to his sons. He always had a fascination with large machinery. Later in life he found joy in restoring an old tractor and sharing tractor stories with his brothers. When he wasn’t working on his tractor, you could see Rudolph driving around town to make his daily rounds. He loved visiting family and friends working on projects and voluntarily supervised them.

Some of his favorite sayings were: “I Feel Good”, “How are Thee?”, “Do the best you can”, “Am I Right?”, “All you gotta do is”, “The Bible says”, “Learn all you can”, “The more you know the better you become” and “I’ll be right back”. He was affectionately known to his granddaughters as Pop-Pop. They were his “doll babies”.

Rudolph was always willing to help out anyone he knew and even those he didn’t know if the need was there. One day Rudolph noticed a child pushing a broken bike and it prompted him to get his welder and repair the bike. He had the right tool for everything. He was a supportive dad who didn’t mind pushing his children to be better.

Rudolph is survived by three grandchildren; Amira McNamara; India Coates; Juliana Washington and one Great-Granddaughter, Aubri McNamara. In addition to his parents who preceded him in death was a devoted stepfather Alexander Travers Sr. "Pop"; brother Lauton Banks Jr, and sisters Ganoil Banks and Burnadine Elbert. Rudolph also leaves behind a host of nieces and nephews

To order memorial trees or send flowers to the family in memory of Rudolph Banks, please visit our flower store.