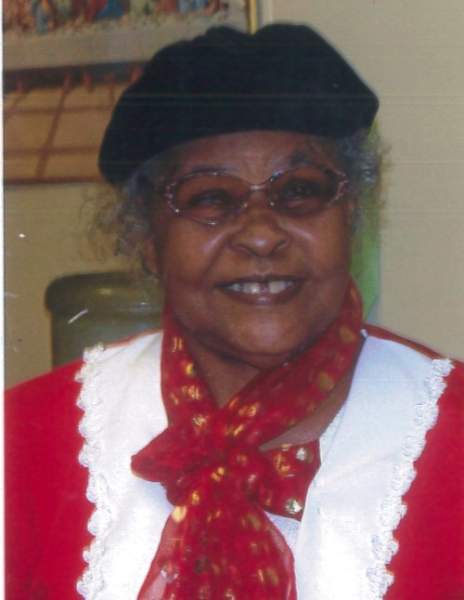 “I have fought a good fight; I have finished my course; I have kept the faith.”  2 Timothy 4:7

She was born February 14, 1924, on Old Field Road, Church Creek Maryland, Charles George and Rosie Etta Jolley. She was the fifth child of nine children. Rosie received her education in the schools of Dorchester County. Rosie grew up following the admonition of her father, “Hold your head up and let them know you are Somebody” and her mother “You can make it if you only try.”

Rosie grew up as a responsible individual, helping to care for her siblings. After completing her chores, she would gather them about her and read stories until they fell asleep. She loved children although she did not have any of her own. She cared for her nieces and nephews as if they were her own.

Rosie loved to sing, especially around the house. Her favorite songs were My Faith Has Found a Resting Place, Close to Thee, and I Can’t Even Walk Without You Holding My Hand. She began singing in her youth along with her sisters. They later became known near and far as “The Jolley Sisters.” Although somewhat quiet, Rosie didn’t say a lot, but she certainly meant what she said.

On November 18, 1951 Rosie married the late Earsell Jones. She, along with her husband helped raise two of her sister Naomi’s sons Phillip and Carroll Thompson, granddaughter Carol Thompson; and step-mother to Joan Badger-Wilson.

Rosie worked at the Phillips Packing Company, Veaches Crab House, Clayton Crab House and the Rob Roy Clothing Company. Her last employment was as a Home Health Aide. She held that position until her client passed in 2012. One of Rosie’s favorite pastimes was to sleep. A nap after work came before anything else. Her other favorite pastime was doing word search puzzles.

Serving in church has always been a part of her life. Rosie was an “Honorable” and “Faithful” member of the Faith Seventh Day Adventist Church in Cambridge, Maryland. Rosie was an active member of the Women’s Ministries and Community Services organizations. She served as Usher, Prayer Warrior and Head Deaconess for many years until her health declined. She also helped with hospitality and supported the youth in various activities, including camping out with the Pathfinders. She, along with her sisters and brother were faithful in attendance at prayer and Bible study. Her favorite Bible scripture was Psalms 84:10.

Rosie is preceeded in death by her parents, her husband (Earsell), three sisters (Mary Jolley, Bertie Wongus and Naomi Thompson), two brothers, (Charles and John Jolley), and one nephew that she helped raise, Phillip Thompson, Jr. and step-grandson, Efrem Wilson.

To order memorial trees or send flowers to the family in memory of Rosie Jones, please visit our flower store.