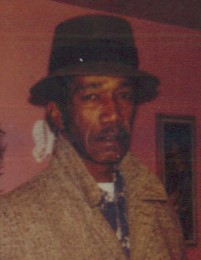 Ronald W. Pinder, 82 of Cambridge, peacefully passed away on Monday, May 15, 2017.  He was surrounded by his family as he departed this life to be with his Saviour.  Ronald was born October 10, 1934 to the late Vernon R. Sr. and Florence V. Pinder.

Ronald attended school in Dorchester County, graduating from Frederick Douglas (St. Clair) High School in 1952. After graduation, he enlisted in the United States Army and was a member of the 82nd Airborne Division, Fort Bragg, NC.  Upon returning home, Ronald held several jobs.  His last job was with Connelly Containers Corporation until the business moved out of the state.

Those who knew Ronald, knew he was a man of many hobbies.  He enjoyed planting flowers, feeding the birds year round, painting and keeping a beautiful fish tank.  He was also a member of the Corporal Herman Hughes, American Legion Post 87.

In addition to his parents, he was preceded in death by his wife, Mary Dolberry and two brothers, Arenzo and Vernon R. Pinder Jr.

To order memorial trees or send flowers to the family in memory of Ronald Pinder, please visit our flower store.