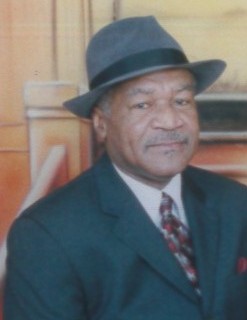 Ronald Lee Johnson, 70 of Cambridge went home to be with the Lord on Wednesday, September 14, 2016 at his residence. He was born March 27, 1946 to the late Gothlee Johnson Sr. and Mabel Keene Johnson.

During his early years he worshiped at Waugh U.M. Church. Ronald attended the public schools in Dorchester County and graduated from Maces Lane High School, Class of 1964.  After graduation, Ronald moved to New York where he held several jobs and eventually began his employment as a Chef for the New York Yacht Club. He remained employed with the Yacht Club for 38 years until he retired on October 1, 2010. While residing in New York he was the Worshipful Master of  St. Paul Lodge #2 F&AM located Brooklyn, NY working under the Grand Lodge of M. W. Samuel A. Foster Sr. Ronald was also a member of the Eastern Star Mary R. E. Hinson Grand Chapter of New York. He loved the sport of baseball but his passion was collecting model cars. Ronald returned to Cambridge in 2014.

Anyone who knew him would always greet you with “Hey Brother” or “Hey Sis” with a smile and that he was a kind person with a generous spirit.

In addition to his parents, he was preceded in death by a sister Mary Keene Cornish; four brothers, Handy Keene, John “Sonny” Keene, James Johnson and Henry “Chuck” Johnson.

To order memorial trees or send flowers to the family in memory of Ronald Johnson, please visit our flower store.