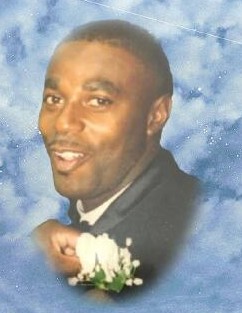 Ronald Leroy Guy aka “Little Daddy”, 52, was born March 11, 1969 to Robert and Rose Tingle.  He departed this life on August 20, 2021 at the University of Maryland Medical Center in Baltimore, Maryland.

After graduating high school Ronald went to work for his Uncle’s family business, Tingle’s Concrete Construction where he learned the trade of concrete construction.  He worked for his Uncle for 5+ years.  He then left his Uncle’s business to go to work for his brother, Bobby, when he started his business Guy’s Concrete Construction in 1993.  He worked for his brother for 10 years.  After gaining plenty of knowledge & experience of the trade he went on to start his own business Ronald’s Concrete.  He was self-employed until 2014.  In 2014, he was employed with the Town of Easton.  He worked there until 2016.  After leaving the Town of Easton he remained self-  employed until his death.  Ronald loved his job working in concrete.  He was a perfectionist when it came to his work, he was very prideful and always made sure the job was done up to his standards.  In Ronald’s words “I am the best at what I do, there’s no one better than me”.

Ronald was a kind, caring, selfless, & giving person.  He was always willing to give or do whatever he could to help anyone in need.  You could always count on Ronald for his support.  He was a loving & devoted father.  He enjoyed spending time with his kids.  He was a father figure to a lot of his son’s friends.  He would give them money if they needed it, make sure they had something to eat and just be there to talk & listen to them if they needed him. He loved coaching youth basketball.  He coached both his son’s & daughter’s teams.  He enjoyed washing his car, cooking on the grill, doing odd jobs around the house, working in the yard, and being a fun-loving and supportive grandfather “Pop” to Aidan.  He had an unbreakable bond with his two best friends his son Taran and little brother Michael.

To order memorial trees or send flowers to the family in memory of Ronald Guy, please visit our flower store.

Gathering of Family and Friends