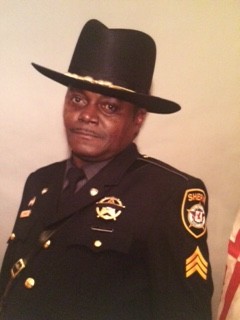 Roland Junior Chase "Tuney and Killer", age 70 of Easton, MD went to sleep on Saturday, November 30, 2019 at home in Easton after a long illness.

He was born March 5, 1949 in Easton son of James Lester Chase and Clara Mae Chase.  Roland was educated in the public schools of Talbot County.  He graduated from Easton High School in 1968.  Roland served in the National Guard for two years, employed by Talbot County Public Schools for three years before accepting a position with the Talbot County Sheriff Department. He served under the following sheriffs: George Forrest, Sr., Robert Gerlock, John J. Ellerbush, Thomas G. Duncan and Dallas G. Pope.  Roland served the people of Talbot County for 36 years from March 17, 1975 to April 30, 2011.  He received citations from the Maryland House of Representatives, Senate, and the Talbot County Council at his retirement celebration for his notable services of leadership during his tenure.  Roland was a member of the Samuel T. Hemsley Lodge #974 in Easton and the Blake Blackston, American Legion Post #77 also of Easton.

To order memorial trees or send flowers to the family in memory of Roland Chase, please visit our flower store.