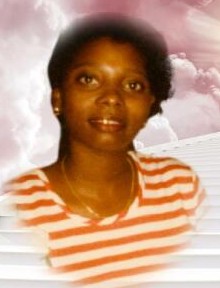 Robin Fletcher Price passed away on November 11, 2021 at the University of Maryland Shore Medical Center-Easton  after a lengthy illness surrounded by her loving family.  She was born on April 26, 1955 at the Cambridge, Maryland  Hospital to the late James Dupont Fletcher and Jean Virgie Fletcher.

Robin was educated and graduated from the Dorchester County Public School System with the class of 1973.  After graduation, she furthered her education taking nursing   classes where she received her certification and CNA  credentials. From this point she was on the nursing staff at Dorchester General Hospital for many years.  After leaving the nursing fields, she became a stay-at-home mom to take care of not only her children, but other’s children as well. She cared for others up until the day she had her stroke. In her spare time, Robin enjoyed spending time with her family and friends, and eating her favorite foods, crabs and shrimp.

Robin was the mother of one son, Patrick Young, and the wife of Sheridan Lane. She grew up attending the Center Street Church of God under the leadership of Pastor Hattie Stanley which later become Refuge Temple Church of God under the leadership of Rev. Dr. Cynthia Porter. Her mothers prayers came to pass, and with the help of the Lord and her sister Deborah Fletcher, she was saved!

To order memorial trees or send flowers to the family in memory of Robin Price, please visit our flower store.