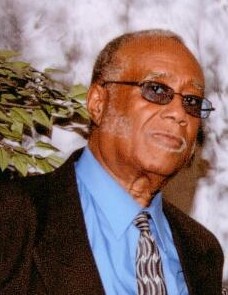 Robert Vivian Camper, son of the late Robert Vivian Jackson and Hattie May Camper, peacefully departed this life after a brief illness at UM Shore Nursing & Rehabilitation Center in Chestertown, Maryland on Friday, February 4, 2022. Robert was affectionately known as “Bobby" and "Uncle Bobby" to all that knew him.

Robert was born on April 28, 1935 in Cambridge, Maryland. He was educated in the Dorchester County Public School System and was a member of the Class of 1953. He served in the United States Army from 1955-1957 as a certified Welder and was honorably discharged. He was employed at Eastern Shore State Hospital for a number of years before becoming employed at Cambridge Wire Cloth where he retired after over thirty years of dedicated service. For several years after retirement, he obtained his Commercial Driver's License to become a school bus driver for Dorchester County Public Schools. He became fond of a lot of his students - too many to name.

He joined Bethel AME church, his Family church, at an early age. He was a faithful member up until his health started to decline. He was also a member of the United Steelworkers of America Union, Robert was a devoted member of the Most Worshipful Prince Hall Grand Lodge of Maryland Pride of Cambridge No. 50 for over fifty years where he served in various positions, His final position was Senior Warden.

He was joined in holy matrimony on December 28, 1963, to the love of his life Katherine Perry. Their courtship and union expanded for over 60 years.

Robert loved spending time with his family. His motto has always been family first. He was very proud of his family and all of their accomplishments. He always spoke of just how blessed he was to be able to see over four generations and the closeness they share. It truly did his heart good to see us all getting along loving, helping and supporting one another. Each generation sharing the importance of unconditional love. He loved traveling and going on family trips, eating (especially feasting on crabs), fishing, and the Dallas Cowboys. His favorite meal besides crabs was homemade spaghetti. He also had a love of cars, especially Cadillacs. He also had a love of music and would ride around town enjoying the sounds of Motown,

To order memorial trees or send flowers to the family in memory of Robert Camper, please visit our flower store.