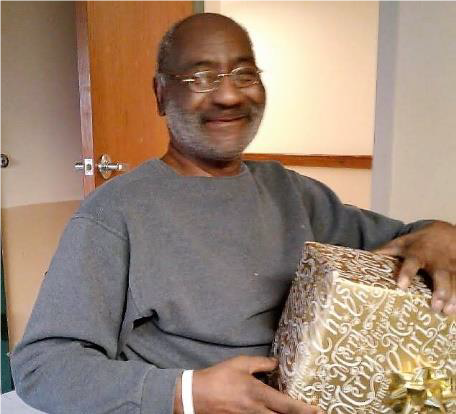 On August 1, 2018, at 8:15 am, Mr. Robert Lee Asby lost his battle with cancer. He was affectionately known as “Pop” or “Bobby” by family and friends and he lived everyday authentically and unapologetically, on his own terms.  Anyone who knew him, admired how he loved his family, being a Mason, and his tenacious work ethic.  They also heard stories from his youth in Pompano Beach, Florida and when he settled in Salisbury, Md with his beloved Aunt Corrine and Uncle Doc.

Robert Lee Asby was born on January 4, 1941, in Georgia to Mary Lee Brookins and spent his childhood in Florida, before moving to Salisbury in 1951.  As a youth he enjoyed “working with his hands” and spending his weekends with family and friends, dancing and listening to music - one weekend he met a sweet, beauty, Mary Jane (Love-Rucker) Asby and they became inseparable. They quickly married and made a home with “the love of his life” who called Janey, with their blended family for over 30 years until her passing in 2001. Bobby had an impeccable work ethic, tirelessly driving a cement mixer truck for Arundel Products until he retired.

Bobby was never one to complain. He just “handled it” and was always willing to lend a helping hand. His life was filled with many challenges and triumphs, but he was steadfast and resilient. He lived and loved fiercely, yet at times he had a quiet strength.  His grandson, Desmond called him “rough and smooth.”

In the last chapter of his life, he moved to Philadelphia with his granddaughter and her son until his failing health brought him to Kearsley. But he did not rest on his laurels. He was an early riser and a tireless advocate for himself, his peers and the staff on a daily basis and when he attended community council meetings.  Yet, he always found time to hang out with his crew, participate in weekly church services and community activities - in between charming the ladies with his quick wit and boisterous laughter.

We can be reassured that his spirit may have left his weary body, but he ascended as a bright and fiery star.  The heavens now have an angelic warrior, and we can only hope he has joined “his beloved, Janey” and they are dancing together in the clouds.

He leaves to mourn, his granddaughter/caregiver Teressa with whom he and Janey raised as their own, his brother Buddy, and a host of family and friends in Salisbury, MD, Baltimore, MD, and Philadelphia, PA, medical and nursing home staff at Kearsley, Home Care Associates, Caring Hospice.  Because he touched the lives of so many, it is only fitting that services be held in Philadelphia and Salisbury:

Cards can be sent to:

His spirit left his weary body, but the heavens gained a bright and fiery star.

To order memorial trees or send flowers to the family in memory of Robert Asby, please visit our flower store.