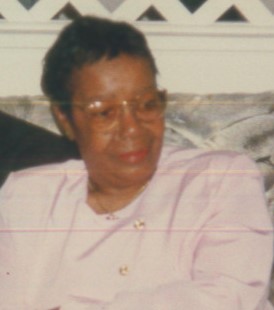 Robenia L. Deshields Johnson passed on Friday, October 4, 2019 at 6:25 pm at Bayleigh Chase Nursing Facility in Easton, MD at the age of 87.

Born May 1, 1932 to the late Herbert and Marie Deshields.  Robenia was raised in Unionville, MD and Easton, MD.  She attended Moton High School in Easton.

In 1951, Robenia and James P. Johnson were married and from this union three daughters were born, Sheena (Beverly), Deniecia and Nayreen, although this marriage ended in divorce they remained friends.

Her hobbies were word search puzzles and crocheting.  Robenia, worked for Dr. & Mrs. BayBut and at the Harbor Club in Easton.

She was a member of Bethel AME Church in her early years and she was a faithful usher at the church.

Robenia was a devoted mother and grandmother.  We will miss her dearly.  We love you momma, rest in peace until we meet again.

To order memorial trees or send flowers to the family in memory of Robenia Johnson, please visit our flower store.