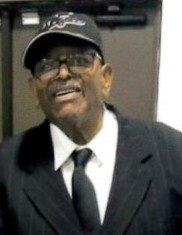 Richard Elwood Jenkins, Sr., son of the late Kenneth and Hattie (Moaney) Jenkins, Sr., was born on August 9, 1936, in Easton, Maryland. He entered eternal rest on Sunday, February 21, 2021, at the Peninsula Regional Medical Hospital in Salisbury, Maryland, at the age of 84 years.

Richard attended the public schools in Talbot County, Maryland, before leaving to attend the family farm when his four oldest brothers answered the call of duty. He began his long career as a laborer for prominent families in Talbot and Dorchester Counties for many years until he was employed by the Firth Family of Oxford, Maryland, until his retirement. He was also a well sought-after caterer for social events and gatherings for families within the region.

Richard was a loving friend to all who knew him. He had a huge heart and big smile, and he was always willing to help family and friends.

Click to download / open
To order memorial trees or send flowers to the family in memory of Richard Jenkins, Sr., please visit our flower store.